A New Zealand authority on climate change says the storm afflicting the north of the country is typical of worldwide weather patterns. 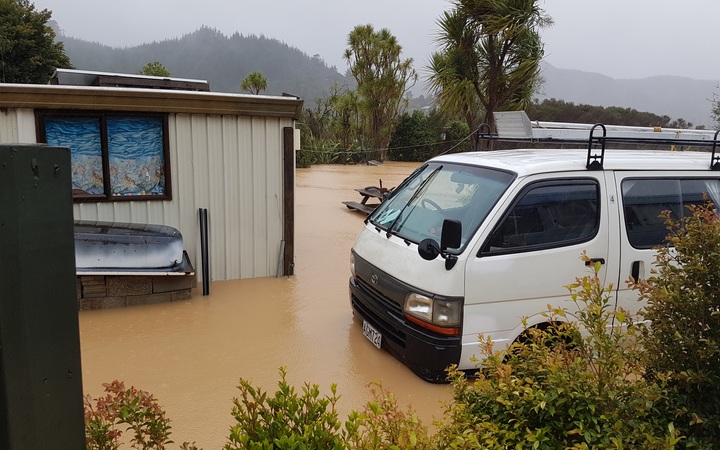 Heavy rain again hit parts of the North Island and Nelson overnight and this morning.

The week has been the wettest in the region since July 2014 - and follows a series of summer droughts.

It has caused slips and flooding throughout the north of the country this week.

Professor James Renwick has been in Northland this week to help raise funds for a climate change sculpture in Kerikeri by the artist Chris Booth.

He said that was increasingly the trend as the climate changes.

"Looking further afield, California is a classic example. They've had years of severe drought and hardly any snow on the mountains.

"And now, this winter that is just gone, they've been absolutely pounded ... the dams are bursting and all the rest of it.

"And that's exactly the picture, you get long periods of severe drought and then when it starts to rain it really hammers down.

Prof Renwick is speaking on climate change at a public meeting this evening at the Waitangi museum in the Bay of Islands.