Police numbers will be boosted by 1125 sworn and non-sworn officers over the next four years, the Prime Minister said in his State of the Nation speech in Auckland. 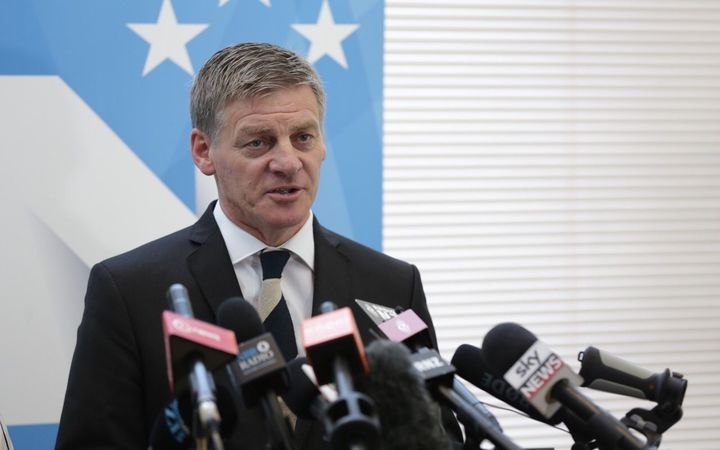 Bill English has kicked off election year with the pledge to spend $500 million on the extra police.

That will see the number of sworn officers increasing from the current number of 8900 to 9800 by June 2021.

In today's speech, Mr English said the package had three components - targeting and catching offenders, preventing crime and enabling the police force to be more responsive.

Police Minister Paula Bennett said 500 officers would will go out into the community, and the rest will focus on the emergency response, youth offending and burglaries.

All 12 police districts will get more staff, with the first recruits starting training in July.

The government will also set up a new 24/7 number for non-emergencies, to take the pressure off the 111 system.

That could be used for reporting low level crime or historic crime, and giving police information about suspicious activity.

There will be an additional 140 specialist investigators for child protection, sexual assault, family violence and other serious crime.

Eighty extra officers will target methamphetamine, and 12 mobile policing units to operate where they're needed, including in small towns and at community events.

State of the PM

In his State of the Nation speech, Bill English has tried to give voters more of an idea about where he has come from, and the values that have shaped him as a politician.

"As some of you know, I was brought up in Southland, a place where hard work and farm skills were respected more than profit, and where no one could do it all on their own.

"I got my politics around our large dining table growing up, and from my mother who ran a farm, raised 12 children and was a serial community activist."

He talked about early struggles as a farmer, along with many other families, after the economic reforms of the 1980s and the removal of farm subsidies.

"By the early 1980s, I was a new, keen and highly indebted young farmer. Interest rates were around 17 per cent, but farm costs were held down by wage and price freezes.

"That wasn't sustainable and just papered over the economic problems that had built up over a number of years.

"The economy had to be restructured. My community was hit hard as farm subsidies were wiped.

"I made lots of financial and farm management mistakes. But with the help of family and a lot of hard work, we stayed on our feet."

Mr English also talked about the experience of turning up as a "scruffy,unemployed farm worker" when he first met the parents of his wife Mary, and that he was "not quite" what they had in mind for his daughter.

That has "probably come right in the last few months", he quipped.

In an effort to identify with New Zealand families he relayed his experience as a husband and a father.

"Along with the hundreds of families we've met through school, church, relatives and dozens of sports teams, we've shared the experience of working multiple jobs, getting everyone everywhere on time, finding time to spend with the children and each other and for enough sleep as well as answering the hardest question of all every day: what's for dinner and who is cooking it?

"The people who shaped my life are resilient and capable."