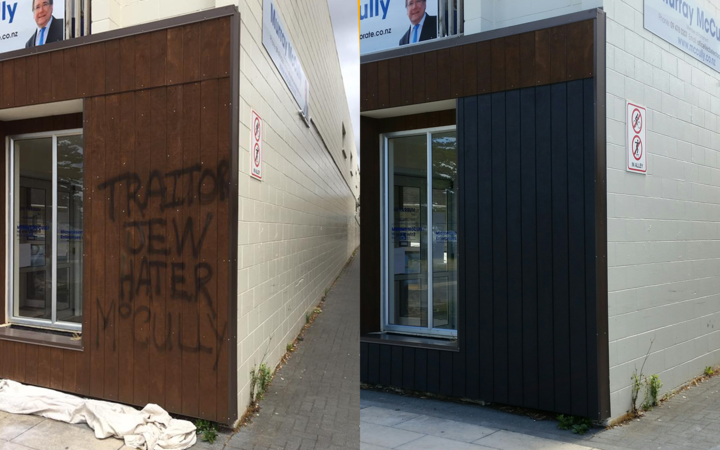 Before and after: The owner of the building has had the tagging painted over. Photo: Supplied

The office, in Browns Bay on Auckland's North Shore, was tagged with words accusing him of being a traitor and anti-Semitic.

It has since been painted over by the owner of the building.

The vandalism appears to be in response to a recent United Nations Security Council resolution, co-sponsored by New Zealand, calling for an end to Israeli settlements in Palestinian territories.

With 14 votes in favour, and the US abstaining, it was the first resolution to be passed by the council on the Middle East peace process in eight years.