About 100 pro-Israeli protesters gathered in the grounds of Parliament today to express their support for the Jewish state. 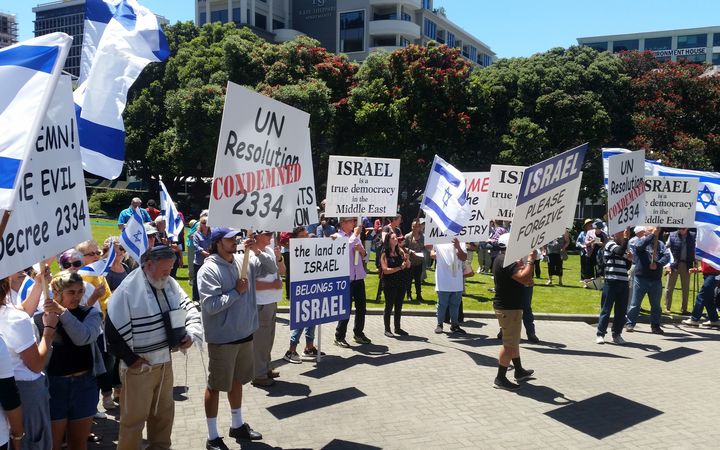 Many of them were evangelical Christians who travelled down in two buses from Hawke's Bay.

They began their protest by standing in silence, carrying banners proclaiming Israel to be the only true democracy in the Middle East.

Another banner sought forgiveness from God for a resolution on the Middle East introduced into the UN Security Council by New Zealand.

That resolution called for a halt to Israeli settlement in the occupied territories, and also for an end to violence and incitements from Palestinians.

It passed by 14 votes to none, with the United States abstaining.