Votes for Bill English are stacking up in the National Party leadership contest but there has yet to be any public declaration of support for Jonathan Coleman or Judith Collins. 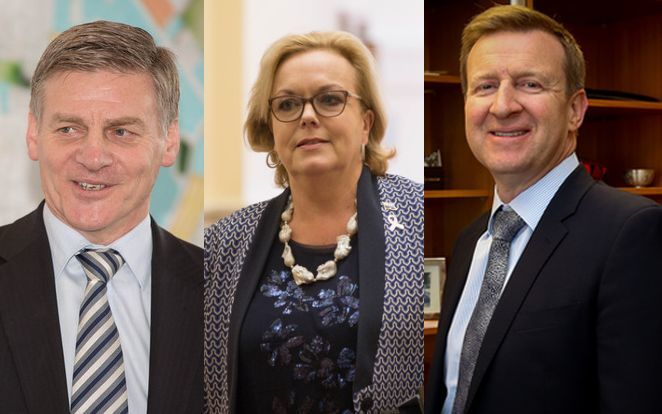 All three are vying to replace the Prime Minister John Key, when he steps down next week.

National Party MPs will meet at Parliament on Monday to vote for a new leader and deputy.

So far 29 MPs, including Mr Key, have publicly declared they are putting their weight behind the finance minister for the top job.

Social Housing Minister Paula Bennett and Transport Minister Simon Bridges have put their names forward to be his deputy if he wins.

More and more MPs are said to be joining those backing Mr English, with sources saying he now has the majority in the caucus.

Mr English said he was focusing on building his support to get the votes he needs.

"I'm getting indications of pretty good support but in the end it is a secret ballot in the caucus."

Most of Mr English's initial support was coming from the Cabinet.

Ms Collins said there were 59 MPs to vote and the backbench vastly outnumbered the Cabinet.

She said the contest would enable all MPs to feel like they had had their say.

Mr English admitted the backbench would play a big part in the vote.

"The backbench have the opportunity, when senior members of the caucus are looking for votes, to express their opinions and they are doing so in a constructive and forthright manner."

The third contender, Jonathan Coleman, was confident he had a good base of committed support for the leadership, particularly amongst the backbench.

He said changes in the Cabinet would happen regardless of who won.

"I'm not making promises to anyone - but what I'm saying is you cannot have dual themes of regeneration and continuity.

"You've got to have regeneration and that inevitably means changes in personnel and changes in thinking."

Senior Labour MP Grant Robertson described the candidates on Wednesday during the general debate in Parliament.

"Bill English, he's the political equivalent of microwaved fish and chips from the night before. Leftovers from 2002 which didn't taste that good the first time around."

"Old cigar smoking Jonathan Coleman. 'To the bedside manner born', as he was described by New Zealand Doctor magazine, or as he is known to most New Zealanders: Who?".

"And then there is the third candidate, Judith Collins, who has done so much for the milk exports of New Zealand she must be Countess Homogenised - I've come to drink your milk." 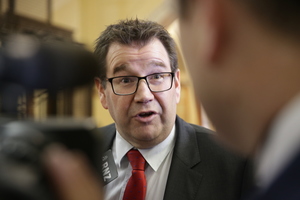 Dr Coleman, the least well-known publicly of the candidates, wasn't worried about the lack of a profile.

"I'm not as well known around the country as the other two candidates but I can assure whoever wins that election is going to be suddenly the subject of a huge amount of media attention."

On Monday there will be a first round of voting leader and deputy, and if no one gets a majority the last placed contender will drop out.

Another round of voting will then be held until a candidate gets more than half of the votes.

Depending on how long the voting takes an announcement could be expected any time after midday.