Government ministers Simon Bridges and Paula Bennett will compete for the role of Deputy Prime Minister, with both keen to serve under Bill English as Prime Minister.

Mr Bridges confirmed he would bid for the role at a news conference this afternoon, following yesterday's news that Deputy Prime Minister Bill English, Police Minister Judith Collins and Health Minister Jonathan Coleman were candidates for the National Party's leadership.

Speaking to reporters a short time ago, Ms Bennett said she would also seek the deputy job.

Ms Bennett said she had worked with Mr English for many years, had great respect for him and would vote for him as leader.

She said he was a "Southland farmer" and she was an "Auckland city girl", so they would complement each other well.

The leadership contest comes after Prime Minister John Key announced on Monday he would step down.

Mr Bridges, 40, said earlier he was confident Mr English would win the leadership contest and would become Prime Minister on Monday, when the caucus would meet to vote.

"The whole deputy leadership bid is based around that I will support Bill English," Mr Bridges said.

He did not see himself being the deputy for another leader "at this moment", he said. 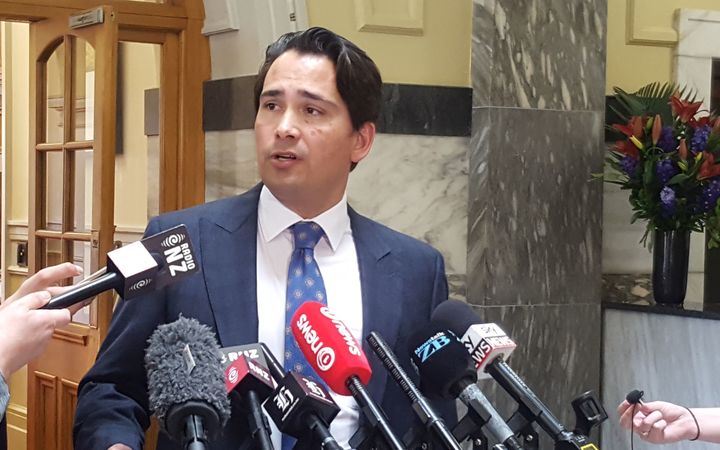 Asked how he could compete with Ms Bennett, before she had confirmed she would also seek to be deputy, Mr Bridges said, while he respected Ms Bennett, "I'm clearly putting myself forward because I think I have the best attributes to be the deputy leader of the National Party".

"As Transport Minister I've showed my colleagues very clearly that I've listened to them, engaged with them", he said.

He said he would bring a younger perspective and the benefits of coming from an urban North Island background. He studied at the University of Auckland and now lives in Tauranga.

He also said he would bring perspective from his Ngāti Maniapoto heritage.

Mr English could deliver the ongoing strength and stability New Zealand needed at this time, he said. "I am putting my name forward to be the change and rejuvenation part of the equation."

Ms Bennett is the current Social Housing Minister and State Services Minister. She was first elected to Parliament in 2005 and became a minister in 2008. She is the current MP for Upper Harbour.

Before standing for Parliament he was a Crown prosecutor.

Justice Minister Amy Adams said yesterday she was leaving the door open for the position of deputy. Mr Coleman named Ms Adams as one deputy he could work with.