Tax cuts, infrastructure and law and order are among key issues for the three National Party MPs who have announced they will stand to replace Prime Minister John Key. 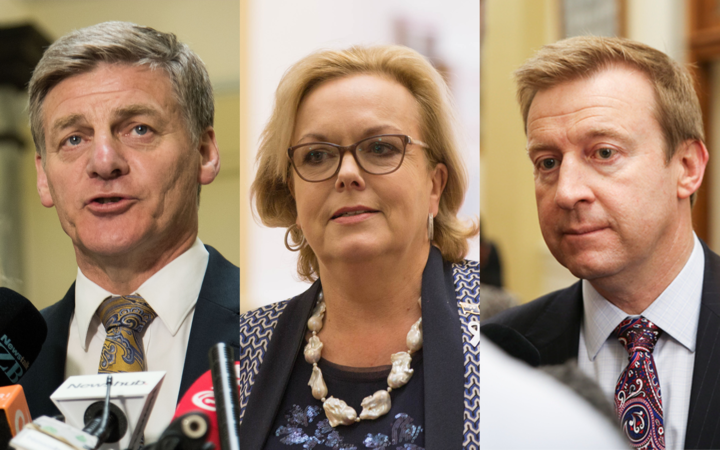 The party's MPs will vote next Monday on who will be their next leader - and Prime Minister.

Speaking to Checkpoint with John Campbell, Ms Collins said she could do the best job for the party going into the 2017 election, and was prepared to make tough decisions.

Ms Collins, who at 57 is the oldest of the three candidates in the running so far, said people no longer considered Labour to be the main opposition party.

"The real Leader of the Opposition is Winston Peters."

She said she was prepared to work with Mr Peters if it was necessary to get National into government.

When asked whether she would give him a ministerial position, she replied: "We have to do the deals that we have to do."

Ms Collins said the reform of the Resource Management Act (RMA) was a big issue for provincial and rural New Zealand, and government needed to be able to work across Parliament to deal with it.

Other key issues on her agenda included growing the economy, and law and order - including a need for more police.

Ms Collins said the Chisholm inquiry, which looked into an alleged smear campaign against the former Serious Fraud Office director, cleared her of any wrongdoing.

The inquiry looked at whether Ms Collins provided information about the then-director to blogger Cameron Slater.

Ms Collins said the inquiry had exonerated her, and she was not friends with Mr Slater.

"I am someone who answers calls but I do not speak to Cameron Slater often."

Ms Collins praised Mr English, saying he had done an outstanding job in his roles as Minister of Finance and Deputy Prime Minister.

I can make the decisions that need to be made - English

Mr English also acknowledged Ms Collins' work in Parliament, saying she was a competent minister and had strong views, particularly on issues of law and order.

Mr English, who is 54 and first entered Parliament 26 years ago, said caucus would make the decision on what he had to offer the party that Ms Collins did not.

He told Checkpoint he had similar views as Mr Key on a number of issues.

Having the government's books in surplus allowed for more choices, he said.

"There's significant areas where we can make progress because we've got a positive outlook."

There needed to be more focus on getting the benefits of that economic growth spread more broadly around communities, Mr English said.

The government had the capacity to make tax cuts, and how the benefits of economic growth were shared would be a key issue in election year, he said.

He was more focused on policy than Mr Key because he had spent more time on public policy in the machinery of government, he said.

"I can focus on some of the intricacies of complicated issues."

Mr English said he could make the necessary decisions for stable and effective government.

Tax cuts not a priority for Coleman

Health Minister Jonathan Coleman told Checkpoint he would make sure health, education and infrastructure were well-funded before giving any tax cuts.

Dr Coleman, 50, is the shortest-serving MP of the three candidates, and is the MP for Northcote.

He was widely involved in his electorate and was in touch with the community all the time, he said.

"People coming into my office aren't talking to me about tax cuts... Sure, if we had money left over, it'd be good to do that."

In his medical career, Dr Coleman said he worked with a wide range of people, and was involved on a regular basis with his local primary school.

"We want to see all the kids in the state houses in my Northcote electorate succeeding."

That was going to require new ideas and new policy, he said.

"It's all about talking with the caucus, drawing on their views."

Dr Coleman highlighted infrastructure as an area where the government had done a good job, but said more work was needed in the years ahead.

"In Auckland, we need a cross-harbour tunnel. Can we wait 30 years for that, like NZTA [New Zealand Transport Agency] want us to? I don't think so."

Justice Minister Amy Adams, meanwhile, has ruled herself out of the leadership contest, but left the door open for the position of deputy.