Dr Coleman was first out of the meeting and confirmed his intention to stand for the position of leader. 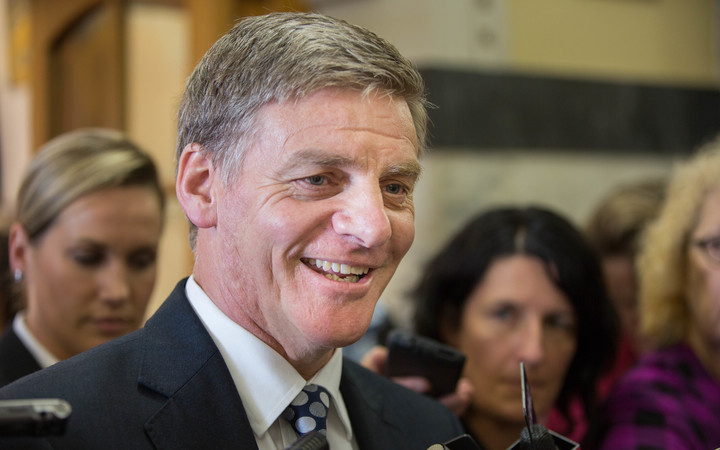 Justice Minister Amy Adams has ruled herself out of the leadership contest, but has left the door open for the position of deputy.

Collins: 'I can work with anyone'

This afternoon, Ms Collins confirmed she would stand for the leadership position, saying, "I've never been one to shy away from tough decisions".

When asked if she had the numbers, Ms Collins said, "this is something we will find out on Monday".

Ms Collins expected the 2017 General Election to be "really tough".

"It's going to need someone who can make decisions, who can think on their feet, who can make hard calls and who can connect to New Zealanders, whether they're women, men or of any ethnicity - and I believe I can do that."

Ms Collins was asked if it was important to have a woman in the race, with "two white men" the other contenders.

"Well it's been like that for quite some time", she said.

"I think it's actually really important that the best people for the jobs get them and I happen to think I am, in fact, one of those people." 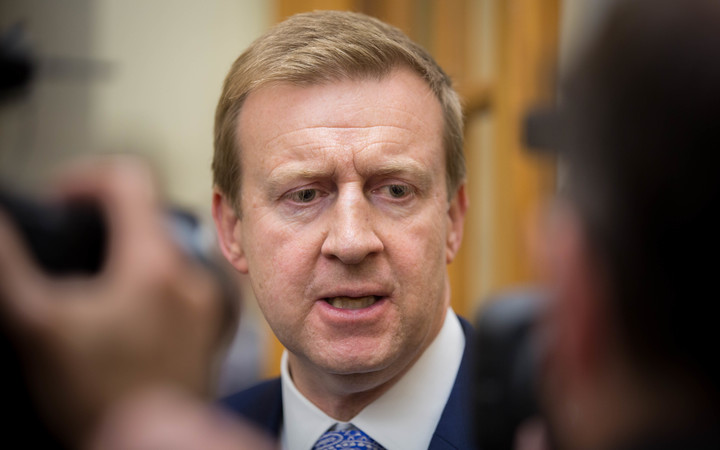 She said it was up to the caucus to decide whether Mr English's previous record as leader, and his election loss in 2002, should be factors in this contest.

"It's about who can deliver a National-led government, do whatever deals are needed in terms of MMP to deliver that and I believe I am that person."

When asked if she could work with Winston Peters, she said: "I can work with anyone".

Dr Coleman, the Minister of Health, said it was important the caucus had choices, saying it was great Ms Collins had joined the list of contenders.

He was not worried about possible divisions within the party now there were three options.

Dr Coleman said he rang Mr English this morning to say he would challenge for the leadership.

"Look, it's very important that whoever comes through this that the whole caucus gets behind them and supports them, that is absolutely crucial in the transition to new leadership.

"But at the same time it is important that the caucus has time to explore what the candidates will bring to the role and the range of appoaches that there might be."

English has 'learnt an awful lot'

In putting his name forward for the leadership, Mr English said he agreed with Mr Coleman that it was time for regeneration.

Announcing his resignation yesterday after eight years as Prime Minister, Mr Key endorsed Mr English, his deputy, as his successor.

Mr English said: "That's what we are doing, that's why the caucus is going through a competitive process and regeneration is about being able to deliver in the circumstances in 2017 and through to 2025 and we are very well set up for that."

When he was previously the National Party leader, Mr English took his party to a drubbing at the 2002 election winning just 21 percent of the party vote.

He said the circumstances were different now.

"The National Party was different, the political environment was quite different, I've worked closely with the Prime Minister, learnt an awful lot in those 15 years and I think it's partly because of that experience can see the opportunities ahead."

Neither contender would say yet who their potential deputy would be, although Jonathan Coleman said Amy Adams was definitely someone he could work with.

Ms Adams has refused to say whether she was considering putting her name forward for the leadership.

"I'm not going to play that out in the media, it's a caucus process and we'll see how that goes.

"I think caucus has to make these decisions and I think they will, we've got a week ahead of us and we've got some time to play through that, but I think it's important that decisions like this are discussed with the sanctity of caucus and I am certainly going to be sticking to that."

Simon Bridges was also tight-lipped about whether he would consider a run for the top job.

"Look I think what is really important here is that we get a process going on that's strong because we're not just choosing a leader and a deputy leader of the National Party, we are choosing a Prime Minister and the Deputy Prime Minister.

"I want to see what happens in the caucus room, we'll be making those decisions in there and I'm not going to litigate all that through the media."

Nikki Kaye, who is undergoing treatment for breast cancer, returned to Parliament briefly.

Ms Kaye said she backed Mr English. She intended to return to the house early next year to resume full duties and contest her Auckland Central seat.

"We respect his views immensely, so of course if he says something then that's important, but we have a process to go through this week."

Executive director of UMR Research Stephen Mills said its online survey in September and October asked respondents for their choice of four main contenders for the leadership.

At his press conference yesterday Mr Key backed Mr English as his successor - but predicted a contest for the top job.

"There's bound to be some competition, whether it's either at the number one job or the number two job.

"Caucus is first amongst equals, so in the end its up to the 59 members to determine who becomes the leader and the deputy leader," Mr Key said.

The Maori Party backs Mr English. Co-leader Marama Fox said he was a strong supporter of her party's work and was the logical choice for the leadership.