One will be Prime Minister on Monday. Here's what you need to know about the three contenders for the top job. 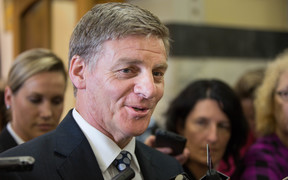 Best known for: Budgets, being John Key's right-hand man and his spectacular 2002 election defeat against Labour's Helen Clark (he was briefly National's leader from 2001 to 2002).

Scandal and controversy: He paid back some of his ministerial housing allowance in 2009 after it emerged he claimed nearly $1000 per week to live in his family home in Wellington, including for power and cleaning.

Private life: A Catholic, he is married to a GP and has six children.

On his bid to be PM: "I can focus on some of the intricacies of complicated issues." 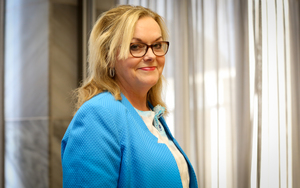 Political leaning: On the conservative right of the National caucus.

Best known for: Her hard-line on boy racers earned her the name "Crusher Collins".

- Dirty Politics 2014: She was accused of leaking information to her friend and right-wing blogger Cameron Slater in the book Dirty Politics. She resigned from Cabinet after allegations she tried to undermine the Serious Fraud Office director. An inquiry cleared her of wrongdoing.

- Oravida 2014: She visited the Shanghai offices of Oravida, of which her husband is a director, while on a taxpayer-funded trip. The company used her photo as a product endorsement.

- Wetlands comments 2014: It emerged swamp kauri had been stockpiled in Northland under the name Oravida Kauri, another business linked to Oravida and Ms Collins' husband. She outraged environmentalists by telling a reporter she did not care, saying, "Am I the Minister of Wetlands?"

Private life: Grew up on a Matamata farm. She is married to businessman David Wong-Tung and they have one son.

On her bid to be PM: "It's about who can deliver a National-led government, do whatever deals are needed." 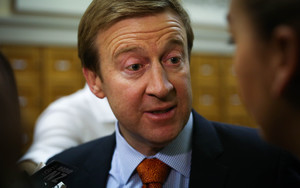 Best known for: Smoking a cigar in a British American Tobacco corporate box at a U2 concert, health funding troubles.

- The U2 concert in 2006. He was National's associate health spokesman at the time.

- Dunedin Hospital patients complained about the food they were served. Mr Coleman ate a hospital meal (behind closed doors) and claimed to love it.

Private life: Grew up in Auckland, attending Auckland Grammar. Married with two children. Has a holiday home in Omaha, the same beach where outgoing Prime Minister John Key has a house.

On his bid to be PM: "We've got to build on the excellent platform that we've been working off for the last eight years."