From 2019, most 17-year-old offenders will be dealt with in the youth justice system, under new changes announced by the government. 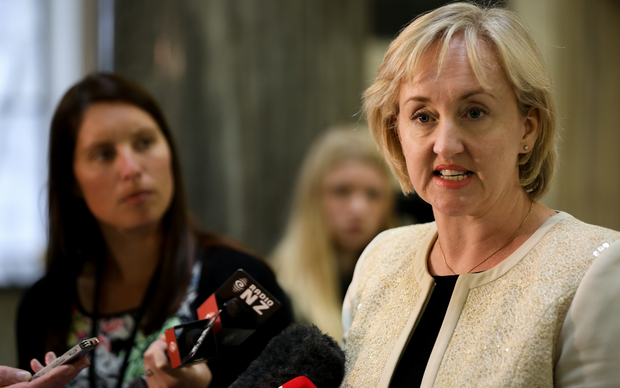 Justice Minister Amy Adams said the vast majority of 17-year-old offenders were lower risk, and, by dealing with them in the Youth Court, they would have access to more targeted interventions, rehabilitation and wraparound services, which were known to lead to better results.

But those who committed serious violent offences - such as murder, manslaughter, sexual assault, aggravated robbery, arson or serious assault - would continue to be dealt with by the adult courts.

Ms Adams said the Youth Court was not a soft option, and it had shown it was effective at reducing crime and holding young offenders to account, by giving them tough but targeted punishments.

The justice system was not a place for blanket rules, she said.

"We have to have the ability to ensure that it works in each case for each offender, that society has confidence that serious offenders will be dealt with seriously, but that equally we'll be doing all we can at those early stages to stop offenders from going on to a life of crime.

"I'm very confident that the Youth Court, if we can catch them early in that cycle of offending, that is our best chance to stop them from going on to a life of offending."

Ms Adams expected about 4500 17-year-olds would be dealt with in the youth justice system once the changes were made.

Up to about 150 cases involving 17-year-olds would continue to go through the adult courts.

The government expected a 15 percent reduction in youth offending in the two years after the changes were implemented.

Social Development Minister Anne Tolley said the government was not proposing to make the changes until 2019.

The government needed to make sure the resources and facilities would be available, including at youth justice residences, she said.

Ms Adams and Ms Tolley said there would be an additional Budget bid to support the changes, but the exact costs were not yet known.

The government has also announced changes that would strengthen the ability of judges to transfer young offenders from the youth jurisdiction to the adult jurisdiction.

That would mean other serious or repeat offenders aged 14 to 17 would be individually assessed to determine which jurisdiction should be used to deal with them.

The Labour Party's justice spokesperson, Jacinda Ardern, welcomed the changes, but said they must be properly resourced.

The government has been considering changes to the youth justice system, and whether 17-year-olds should be included in it, for several months.

Raising the youth justice age was one of the recommendations made by the expert panel that was tasked with reviewing Child, Youth and Family.