The arts and culture community in Whanganui has received a boost today, with the government announcing a plan to pour millions of dollars into the city.

The heritage-listed Sarjeant Gallery will receive $10 million towards its $35m redevelopment and seismic strengthening project and the Whanganui Museum will be given $400,000 for its own renovations. 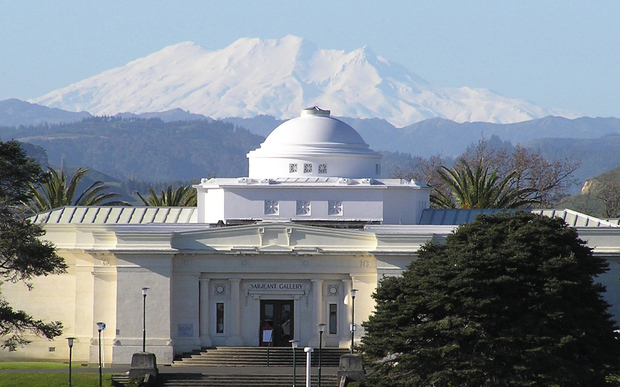 Built in 1919, the neo-classical Sarjeant Gallery with its distinctive dome is a Whanganui landmark, but only meets 5 percent of the new building code.

Considered a severe earthquake risk, it has been mothballed since 2014 with gallery operations relocated to temporary premises on Taupo Quay. 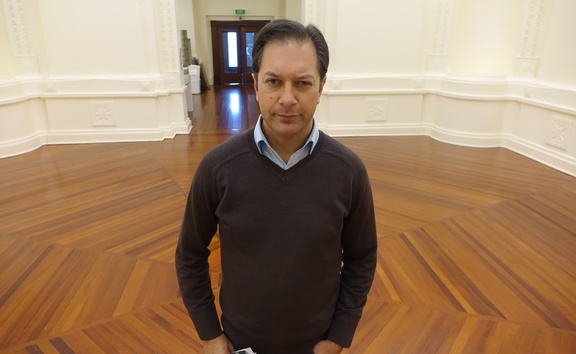 The support from the Regional Culture and Heritage Fund was recognition of the gallery's national importance, Sarjeant Gallery curator Greg Anderson said.

"It's not just a significant collection and building for Whanganui. At 8300-something items within the collection as a whole, it's a very large proportion of New Zealand's cultural heritage that happens to be here in Whanganui."

Nationally significant works by Colin McCahon, Ralph Hotere and Petrus van der Velden are held in the Sarjeant, as well as many from international artists.

The redeveloped Queen's Park gallery would include a state-of-the-art new wing and it would be a significant asset to the arts community nationwide, Mr Anderson said.

"Once it is complete the Sarjeant will have facilities which will enable it to participate very fully in New Zealand's cultural life.

"We'll have quality environmental control, quality storage and it will be a perfect venue for travelling exhibitions and a centre of excellence for care of collections."

The Sarjeant Gallery Trust raised $10m to trigger the dollar-for-dollar contribution from the government, and the Whanganui District Council has put up $5m.

Minister for Arts, Culture and Heritage Maggie Barry said the government's grant was made on the condition the shortfall was raised by 20 December, 2017.

The gallery needed to raise a further $9m, which it was confident of doing, Mr Anderson said.

Mr Borrows said it was fantastic news for the city. "Whanganui is really quickly putting itself on the map - and not just nationally but also internationally as far as fine arts go - and it's really important that for the cultivation of contemporary art in New Zealand that people have access to collections such as this.

"You've got to remember life goes on outside the main centres and in regional New Zealand there are treasures and we've got a national interest in protecting them."

Whanganui Museum the 'moa bone capital of the world'

Whanganui Mayor Hamish McDouall said the funding announcement was great news for the arts and culture precinct in the city and in particular for the museum, which did not enjoy such a high profile as the gallery.

"Obviously the Sarjeant, just in terms of the amount, monsters the museum grant but actually in significance it's extremely important.

"It's got such an incredible collection of tangata whenua artefacts and toanga, and people will probably know it's the moa bone capital of the world, so to have a climate control system and enhanced storage is just absolutely vital for it - so a much smaller amount but no less significant in terms of the project."

It's hoped the redevelopment of the Sarjeant will be complete in time for the gallery's centenary in 2019, while the upgrade to Whanganui Museum is scheduled to be finished in 2018.

Until 2014, works were mainly stored in the gallery's basement.