Whanganui's celebrated Sarjeant Gallery has just a week to find $3.3 million in donations crucial to its survival. 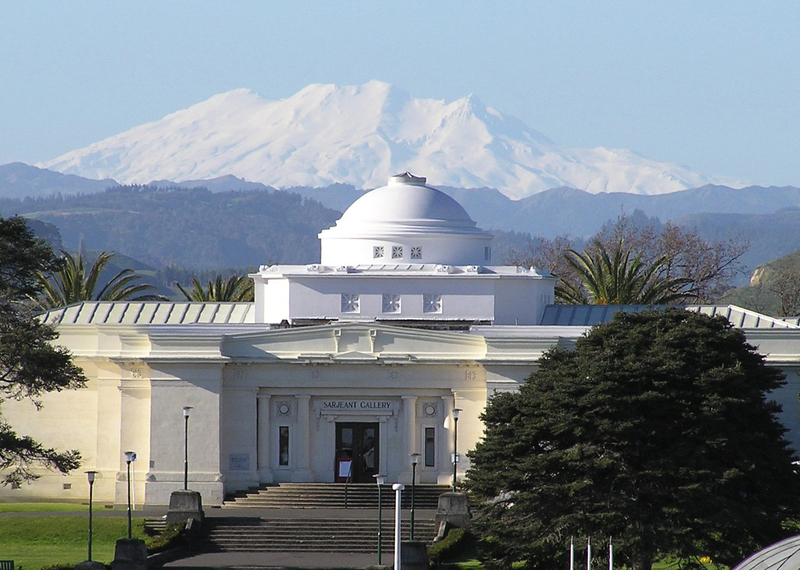 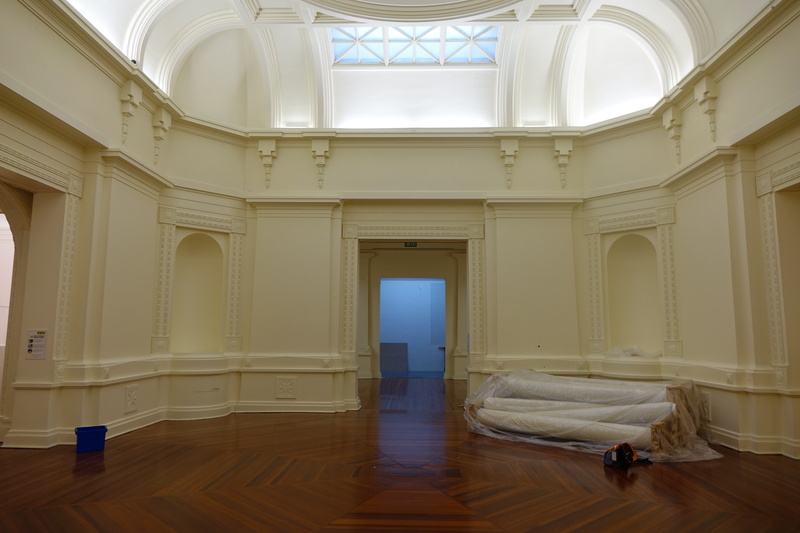 The neo-classical style gallery building was built in 1919. 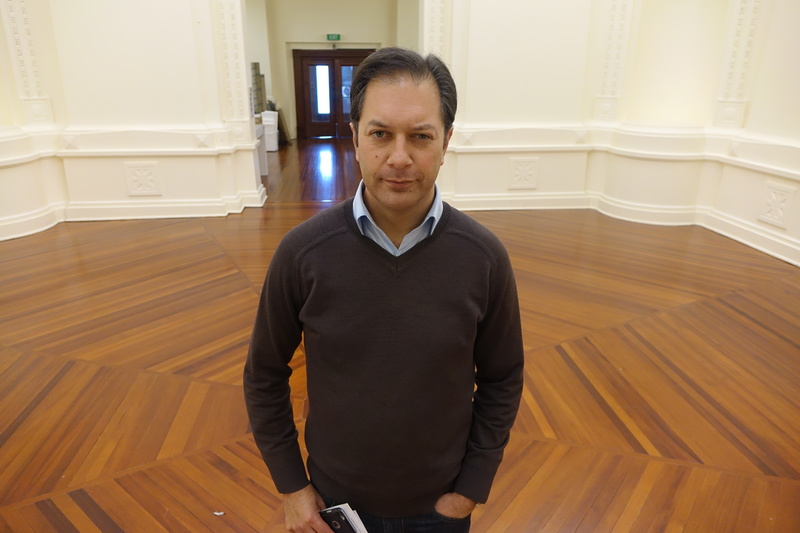 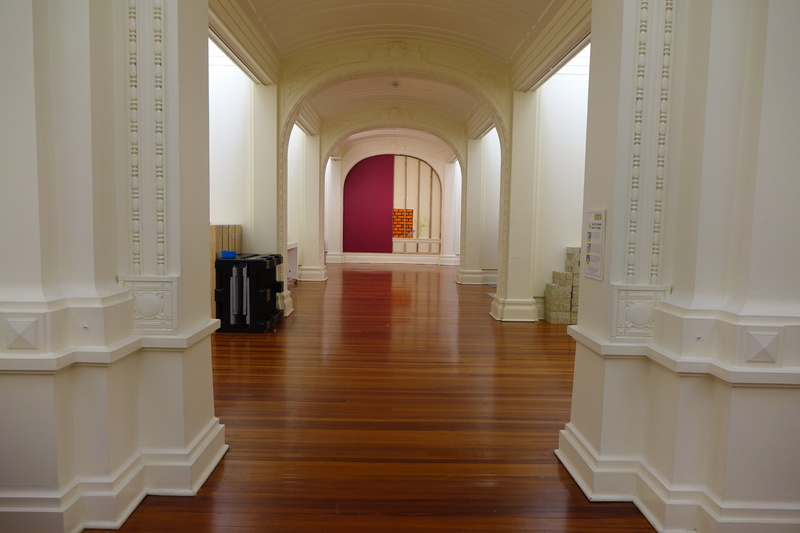 The project's build phase is due to begin in 2017. 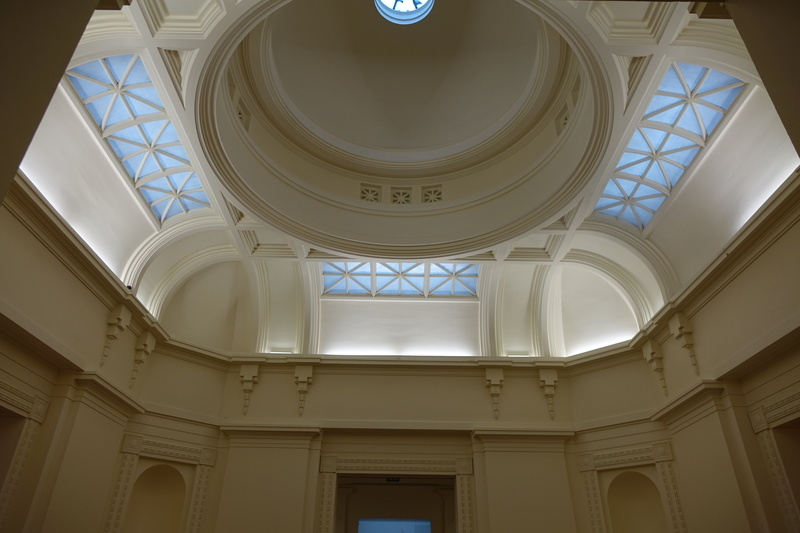 The gallery's distinctive dome - seen from the inside

The Sarjeant Gallery Trust needs to raise $10m by the end of the month to trigger a matching government contribution towards a $34m redevelopment project, which includes earthquake strengthening.

Built in 1919, the gallery is a Category 1 heritage building, but only meets 5 percent of the new Building Code. It is considered a severe earthquake risk and has been mothballed since 2014 with gallery operations relocated to temporary premises on Taupo Quay.

If the project goes ahead, the gallery would double in size and include a new purpose-built north wing with improved storage, education facilities, large exhibition areas and retail and events spaces.

Senior curator Greg Anderson said the gallery had received two $1m pledges towards the project this month and he was confident the cash would come in. Sarjeant Gallery senior curator Greg Anderson is confident the $10m will be raised by the end of the month. Photo: RNZ / Robin Martin

"The timeframes are tight but we are upbeat about our chances of obtaining practically all that money ahead of the deadline."

Mr Anderson said there was an upside to the deadline.

"As much as it is a pressure point it is also an opportunity. It's an opportunity for us to make crystal clear to our potential donors that now is the time to help us out and get involved in this project.

"We are so close and this deadline is looming, so it is crucial that we get the backing of those just about on the way to making a decision." 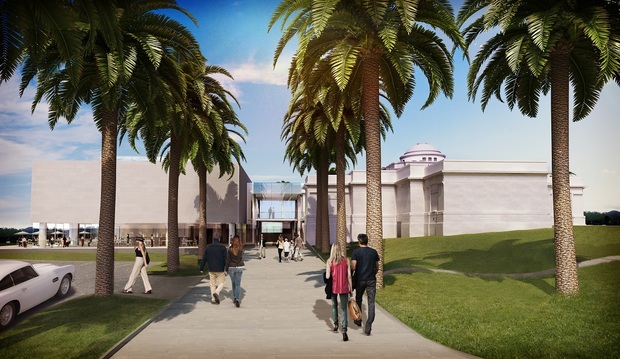 An artist's impression of the proposed new wing of the Sarjeant Gallery. Photo: SUPPLIED 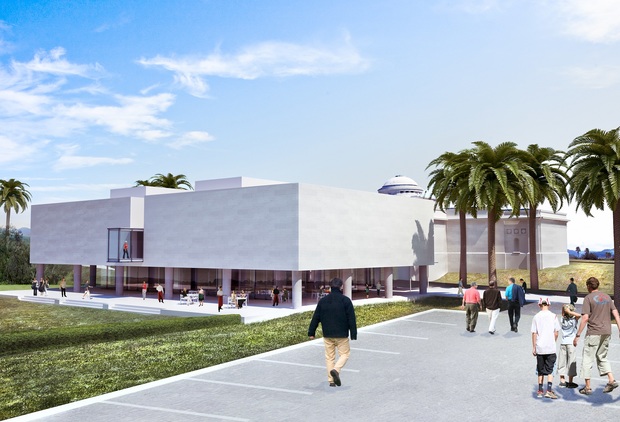 "We've had strong messages that we'll have the money by the witching hour and we're not worried at all," he said.

"Obviously you can't guarantee it until it's all in, but many of these donations and bequests happen at the last minute and it's almost like dominoes - once you get a couple, you'll get five, so we're not worried at all."

Mr Anderson said the project would not go ahead until all the funds had been raised and once the June target was met, the gallery had a self-imposed deadline to find the outstanding $10m by the end of the year.

"That means at the beginning of 2017 we can begin the process of getting a building partner and commencing the actual build. Our architects have said from that point it's something like a two-year build which means that we would be hopefully opening sometime in our centennial year in 2019."

The neo-classical style building, which features a distinctive dome, would be among the best galleries in the country once the redevelopment was complete, Mr Anderson said.

"It will be the first time in the Sarjeant's history where we'll be able to full exploit and exhibit our wonderful collection, a nationally significant collection, and for the first time ever we'll have proper environmentally secure places in which to show it."

The redevelopment project's build phase is due to begin in 2017 and be completed in 2019 in time for the gallery's centennial.