Gareth Morgan's party poses no threat to Labour, or its chances at next year's election, Labour leader Andrew Little says. 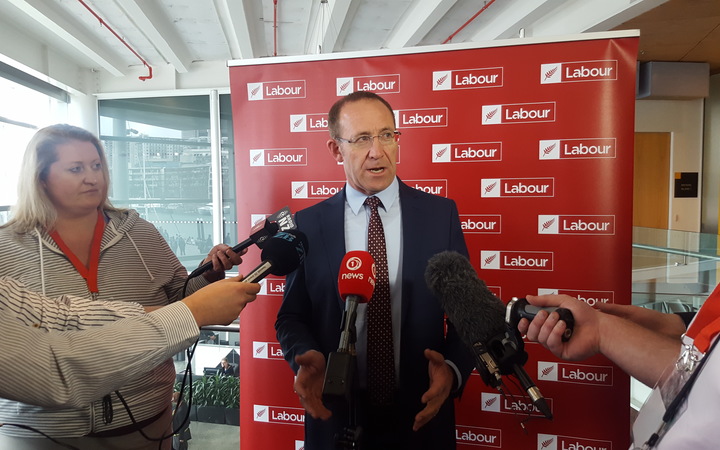 Dr Morgan, a philanthropist and economist, announced this morning he planned to launch a political party, The Opportunities Party, which would aim to improve fairness, environmental sustainability and national pride while reducing poverty and housing prices.

"It's great to see him in our corner," Mr Little said at the start of the Labour Party's conference in Auckland.

"Because I back myself and I back the Labour Party as a party that is capable with coming up with the practical solutions to the major issues of the day and running a hard, determined campaign next year.

"There's only one party that can lead a change of government and that's Labour."

But Mr Little would not say if Labour would be prepared to have co-operation talks with The Opportunities Party if it got that far.

"No, I'm focussed on what Labour needs to do to campaign well and campaign hard on the issues that are important to New Zealand and about changing the government next year."

'If he is going to take votes from anyone, it will be the National Party'

Green Party co-leader James Shaw said he had a lot of respect for Dr Morgan, but starting a political party could be tough.

"Kim Dotcom and Colin Craig have demonstrated that merely having money isn't a sufficient condition to being able to get into Parliament," he said.

"It's actually really difficult to build a political party under 12 months before an election that has a chance of crossing a 5 percent threshold.

"If you look at the Green Party, it's taken us 20 years to where we've gotten to today. And you need people on the ground. You need volunteers. You need candidates all over the country and is a significant challenge."

Mr Shaw acknowledged Dr Morgan's new party would be championing causes central to the Green Party agenda, but did not think he would steal votes.

"He's actually trying to get that constituency that are currently voting for National, who are concerned about the environment, but who won't vote Green."

"If he is going to take votes from anyone, it will be the National Party," Mr Shaw said.

Morgan likely to compete with Labour and Greens - National

"He is lining himself up alongside the Labour and Greens.

"I imagine he's competing with them for votes."

Mr Joyce said it was too early to say whether a National-led government would work with Dr Morgan, if elected into Parliament.

"We don't even know what sort of party Gareth's got, who else is in there, what his policies are, I think we're a million miles from considering whether we'd work with him or not," he said.