Making progress on free trade talks with India will be on the agenda when the Prime Minister John Key visits there next week, he says. 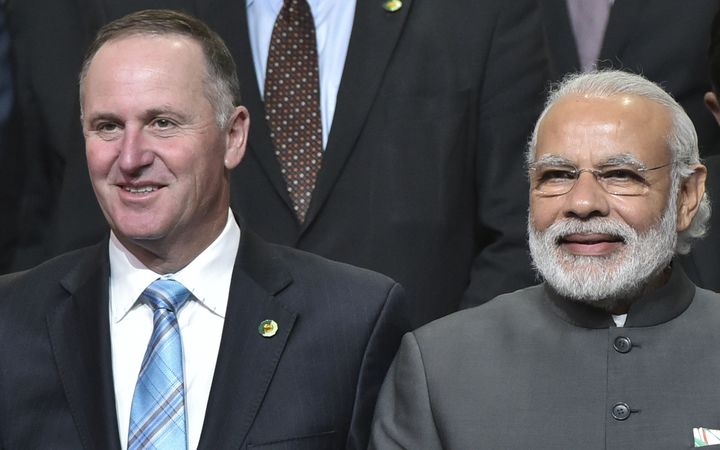 Mr Key is leading a high-level business and education delegation for the four-day official visit which includes meetings with Indian Prime Minister Narendra Modi and President Pranab Mukherjee, who both visited New Zealand this year.

But he said that trade was a fraction of what it could be if there was a free trade agreement, or FTA.

"If you look at the demographics between India and China they are broadly about the same, and we broadly have eight times as much trade with China as we do with India, Mr Key said.

"I don't think there is any great secret that part of what has facilitated that is the FTA. Obviously we are very keen to progress a [free trade agreement]."

He and his delegation will attend a range of business events that focus on showcasing New Zealand companies doing business in India, and the nation's reputation as a education and tourism provider.

India was a source of skilled migrants, students and tourists, and trade had grown by 41 percent in the past five years, he said.

He wanted to find out how India's government was reforming its economy and explore how New Zealand could be part of its growth.

A recent report by former High Commissioner to India Graeme Waters, written for the Asia New Zealand Foundation, argued there were huge untapped tourism and trade markets between the two countries.

While travel and business between New Zealand and India was increasing, it was still only about 10 percent of New Zealand's trade with China, Mr Waters said.