Another free trade deal may be on the cards with the Sri Lankan Prime Minister Ranil Wickremesinghe saying he is open to a trade agreement with New Zealand. 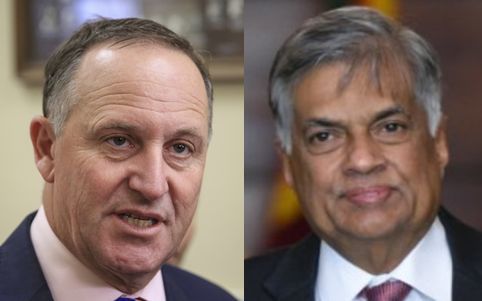 Mr Wickremesinghe arrived in New Zealand last Friday for his first official visit, and has been keen to share a simple message that "Sri Lanka is open for business".

Mr Wickremesinghe made the comments about a possible deal at an Asia New Zealand Foundation-hosted event in Wellington.

He said after decades of brutal civil war his country was trying to put the past behind it and build ties with its east-Asian and Pacific neighbours.

"Is Sri Lanka possibly interested in expanding its network to include New Zealand?"

Mr Wickremesinghe replied that the two countries' trade ministers had discussed the possibility of a trade agreement.

"They were discussing this on Saturday. So I think at some stage it will take place.

"If you get into this type of agreement and come into Sri Lanka, it would be a base for New Zealand to operate in the Indian Ocean."

Two-way trade between New Zealand and Sri Lanka is worth $333 million a year at present but goods, especially dairy products, get hit with expensive tariffs.

Mr Wickremesinghe told the event New Zealand and Sri Lanka had a lot in common.

"Both are small islands, both live next to large neighbours. Both exist on agricultural economies which are diversifying into other sectors."

New Zealand Trade Minister Todd McClay has confirmed he raised the possibility of a trade deal with his Sri Lankan counterpart.

He said they would look at ways it could be done, and would talk more about it next year.

"Sri Lanka is home to 21 million people and it is nestled there in the part of the world which just has enormous demand for high quality products and services.

"We see it as a real gateway actually into not just Sri Lanka but the wider sub-continent region."

Mr Wickremesinghe said unprecedented economic growth in Asia in the past decade had shifted the world economic centre of gravity to the east.

He said Sri Lanka stood to gain from that, but only if the security of the Indian Ocean was maintained.