The United States could lose political influence to China in the Asia-Pacific region if it fails to ratify the Trans-Pacific Partnership, Prime Minister John Key has warned. 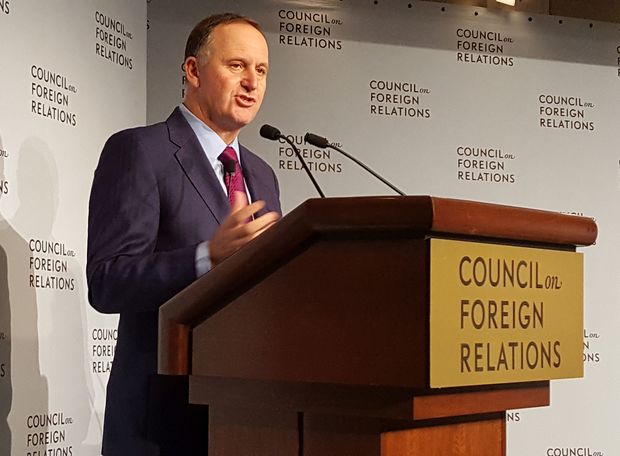 In a speech to the influential Council on Foreign Relations in New York, Mr Key made the case for the 12-country free trade deal.

He said failure to get a TPP deal through Congress would be a huge missed opportunity for the US and potentially cause it to lose geopolitical ground to China.

There has been some resistance from the US Congress to the TPP and criticism of the deal from both the Democratic and Republican presidential candidates.

Mr Key told his audience one of the major reasons for the US joining the TPP was its strong interest in exerting influence in the Asia-Pacific - "the need for the United States to be part of the region and show leadership in the region".

While the TPP included 12 countries, there remained an expectation that other countries would join, he said.

"There are plenty of countries from China to Korea expressing interest in joining TPP. So our view is that if TPP fails to get ratified during the 'lame duck' period it will be a massive lost opportunity for the United States both for their consumers and business, but also for the geopolitics of the region.

"Because, in the end, if that vacuum is not filled by the United States, it will be filled by someone else - it has to be. But anyway, if the United States ceases to want to promote free trade and somehow close off, if you like, the US as an open economy to the rest of the world, while initially and superficially that could look attractive, what we know is that over time, forces your companies to be less competitive, less productive."

From New Zealand's perspective there was no point signing up to the TPP if the US was not included, he said. It would also leave New Zealand in the position of having to negotiate a new deal with new players.

Mr Key was in New York for United Nations Leaders Week and will also chair a meeting of the Security Council, called to discuss the ongoing conflict in Syria.

Talks with May over post-Brexit free trade deal

Meanwhile, Mr Key met with Britain's new leader, Theresa May, in New York for the first time since she became prime minister, and they were already talking about a free trade agreement.

Afterwards he told reporters she had a very big job ahead of her. 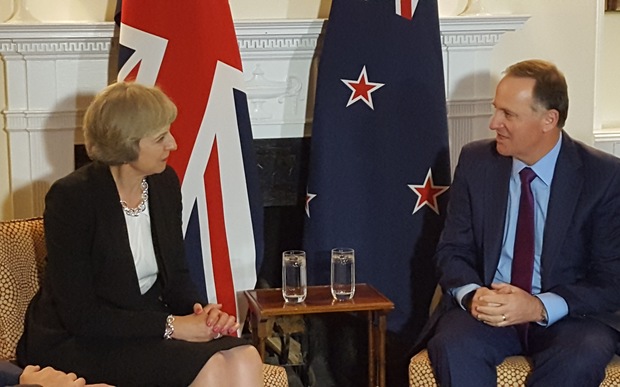 "We had a wide-ranging discussion about the job she's got in front of her and the opportunities for New Zealand.

"There's no question the United Kingdom wants to have a free trade agreement with New Zealand, they appreciate the support we've been giving them and I think we're the easy part of the equation from their point of view."

Mr Key said he did not push her on a timeframe.

"Once they voted ... they've got two years to complete the divorce proceedings from the European Union.

"She simply made the point the British people had spoken and while it's at her discretion when she started the process, the process would be started."

Mr Key said a couple of senior trade officials had been in Britain recently with an offer to provide expertise in trade negotiations.

"They were very appreciative of that.

"I told them, look, there's always more we can do to help you but ultimately I'm very confident the United Kingdom can train their own people."

As a permanent member of the Security Council, and with the right of veto, Britain was also an influential player in the contest to select a new Secretary-General.

Mr Key said he told Mrs May that Helen Clark was a great candidate and needed a "strong champion" within the P5, the five permanent members of the Security Council.

"And we think the United Kingdom can be that champion, so here's hoping."

But he said none of the P5 had commented specifically on what they would or would not do regarding the position.

After a meeting at the UN earlier in the day with Saudi Arabia deputy prime minister Prince Mohammed Bin Nayef Bin Abdulaziz Al Saud, Mr Key said he thought the Gulf States trade deal was gathering momentum and could be completed next year. 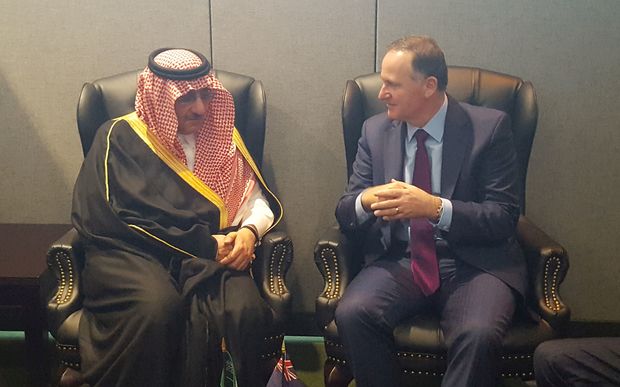 Last year, Mr Key visited the Gulf Cooperation Council states, and said, while he had a great reception in Kuwait and Dubai, Saudi Arabia was going to be the stumbling block.

He said Trade Minister Todd McClay would go to Riadh next week.

There was some controversy around the deal, with the Auditor-General investigating the controversial Saudi sheep deal of 2013, and concerns about Saudi Arabia's human rights record.

But Mr Key said the $11.5 million sheep deal, which included a $4m cash payment, livestock, and equipment for a desert agri-hub in that country, had helped clear the way for a free trade deal.

"I think it helps. I mean it's another sign of all the things that we're doing. Let's see whether we get there with the Gulf, but I feel a bit more confident than I did."