Deputy Prime Minister Bill English admits negotiations around the proposed Kermadec Ocean Sanctuary are also about the stability of the government. 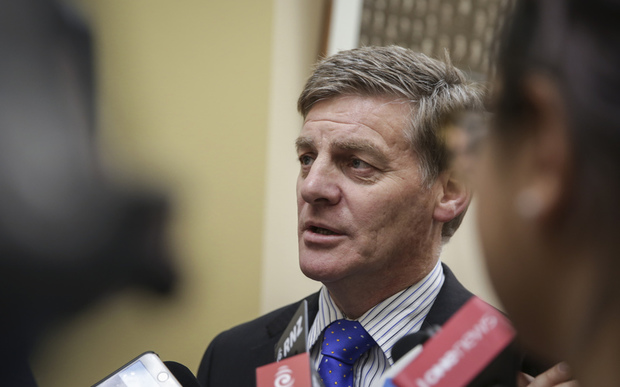 Legislation enabling the marine reserve has been delayed, because the Māori Party and Māori fisheries body Te Ohu Kaimoana say it tramples on Treaty rights.

Mr English said it would be a few weeks before arrangements for further discussions were finalised, including who would be holding talks with whom.

"It's a bit of a different negotiation," he said.

"Like we're not negotiating with Te Ohu Kaimoana, we're negotiating with the Māori Party - and as they've indicated, there are confidence and supply issues involved here so it probably makes sense for me to be involved with it.

"But we should be pretty clear that Nick Smith has always been negotiating with the cabinet mandate, he's fulfilled that mandate [and] didn't get to a result and so cabinet has got to reshape a bit where it wants to go."

Mr English said the government was well aware the Māori Party did not represent all Māori.

"But it does represent some votes that are pretty important to the government and they issue their views seriously, and as the Prime Minister has said we want to ensure there's no ongoing concern about the stability of that relationship."

"Because the government have seen that this is serious, they have recognised we need to dial it back a bit until we can get around the table and can discuss the situation without being set in our ways."

But it was not only National treading a fine line, with the proposed sanctuary also proving a tricky issue for the Green Party to juggle.

It is understood there are tensions within the party over how to balance its support for the sanctuary for environmental reasons, with its disapproval over what it said were the trampling of Treaty rights.

But party co-leader Metiria Turei said there was a way through.

"We want to make sure that there is marine protection in the EEZ and that the Kermadec Sanctuary goes ahead. The only way we can be certain of that is when there is iwi support for those sanctuaries.

"So we want to see both and we believe both is possible."

Legislation enacting the sanctuary is on hold until agreement can be reached with the Māori Party to support the bill, despite the government having the numbers with the Greens to get it over the line.