Deputy Prime Minister Bill English has taken over negotiations with the Māori Party and Te Ohu Kaimoana over the proposed Kermadec Ocean Sanctuary.

Minister for the Environment Nick Smith has been leading the process until now, and the Labour Party has accused him of mishandling it.

Legislation enabling the marine reserve has been delayed because of widespread Māori opposition to it, with Te Ohu Kaimoana saying it tramples over Treaty of Waitangi rights. 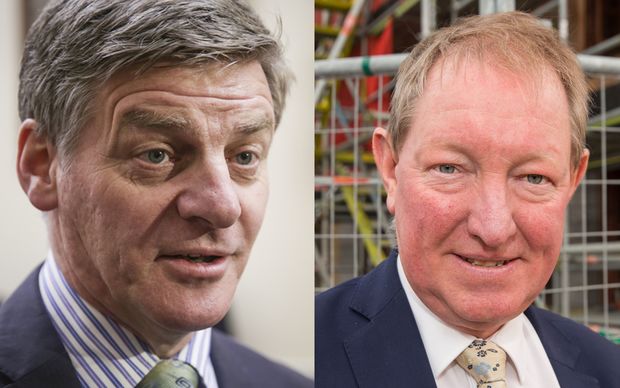 Dr Smith said this morning Mr English would now be in charge of negotiations.

"Given the fact that the issue of confidence and supply has been raised [by the Māori Party] it's appropriate that the Deputy Prime Minister be involved in where those discussions go from here," Dr Smith said.

"I have been assured I will continue to be involved, but actually it's not about me - it's about how can we find a solution that enables this very significant area to be permanently conserved."

Mr English said he worked with the Māori Party on a weekly basis and this issue would be added to "a number of other issues we talk to them about".

Labour Party leader Andrew Little said Dr Smith had been sidelined because of his incompetence.

"It is right that they put in a senior minister who can take over the negotiations - they have to be conducted in good faith with an open mind and with an objective of solving the issue and the legitimate claim that has been made under the 1992 settlement," Mr Little said.

Mr Little said Labour could not guarantee it would support the sanctuary if the government did not resolve its dispute with Māori.

Green Party co-leader Metiria Turei said the party desperately wanted the sanctuary to go ahead but it couldn't happen without the support of iwi.

She was even more scathing of Dr Smith's performance.

"I certainly think Nick Smith should go - he's been a disaster in housing, on the RMA [Resource Management Act], on water issues and now with something as popular actually as the Kermadec sanctuary," Mrs Turei said.

"So Nick Smith has been clearly incompetent. I'm glad that it's moved to other more competent ministers who maybe understand the treaty process better."

During question time this afternoon, Mr Little asked Mr English - who was speaking on behalf of the Prime Minister - about recent comments made about Dr Smith by the Māori Party.

"Does he agree with the deputy leader of the Māori Party, Marama Fox, who says Nick Smith is 'riding over the interests of Māori, riding right over the top of treaty rights, taking no consideration of consultation' or does he just not care what the Māori Party thinks?"

Mr English replied that he did not agree.

Ms Fox, who is actually the co-leader of the Māori Party, asked Mr English what steps, if any, "he would take to ensure that property rights are protected".

Mr English said property rights were one of the more difficult issues of establishing sanctuaries - whether they were on land or at sea.

"It wouldn't be appropriate for me to pre-empt those discussions because finding a way through does involve balancing competing sets of rights," Mr English replied.

National has the numbers to pass the legislation with the support of the Green Party, but wants to smooth the waters with the Māori Party before taking it any further.