The government's approach to social welfare has come under fire, with a top economist fearing the system could lack empathy and compassion. 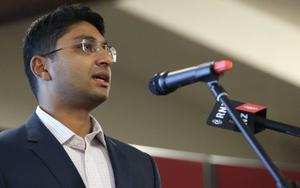 The social investment approach is the brainchild of Finance Minister Bill English, and works by using information and technology across government agencies to identify those at high risk.

The intention is to intervene early and get better outcomes for them in the future.

But economist Shamubeel Eaqub said it was nearly impossible to translate complex people and their experience into data.

"Especially when it comes to complexities around society's family structures and all those other bits and pieces which are impossible to model.

"I fear that with a very data-driven, technical, quantitative approach we won't see some of those more social, empathetic, compassionate things that are necessary for welfare systems to actually work."

If the government just dealt with data, there was a danger of having tunnel vision and goal-centred agendas, Mr Eaqub said.

"We know that when there are targets, you maximise the targets rather than the outcome. And that is always the risk with public policy.

"And I fear this is what would happen with this more scientific approach to problem definition, and as a result it's entirely possible that we'll try to fix those symptoms rather than the causes," he said.

Council of Trade Unions policy director and economist Bill Rosenberg said the core indicator for higher risk children was poverty and the government was not dealing with that.

"Let's just take a step back and let's say what could actually work, what's working through some of the community organisations, the NGOs, instead of thinking that government has the answer," she said.

"Being a colonised people, being people who deal with different issues than other groups, if you don't recognise this and you try this generic approach, then it's going to fail. And it's going to be another way we're going to be knocked back," she said.

The government said its approach aimed to help people become more independent, reducing the number of New Zealanders who relied on social services, and in turn save taxpayers money.

Labour social development spokesperson Carmel Sepuloni said people were not being put first and this was just a cost-cutting exercise for the government.

"Even now with the better service target of just pushing people off benefits, there's no tracking of employment outcomes. Are these people going into work? Are they better off?

"And that has to be the question answered by any government. Are people better off? And under a National government they're not," she said.

Minister for Social Development Anne Tolley argued the social investment scheme was about targetted spending and would see around 40,000 fewer children growing up in benefit dependent households.

"Similarly, the new child-centred Ministry for Vulnerable Children will have a strong prevention focus to support families so that children don't end up in state care, and Budget 2016 invested $347 million in transforming the current CYF system and to address cost pressures," she said.