Two more prison volunteers have been stood down despite being out of gangs for about 30 years, the Labour Party says.

It comes after Ngapari Nui was barred from volunteering at a Whanganui prison for being a patched Black Power member after his gang links were pointed out to the Corrections Minister, Judith Collins. 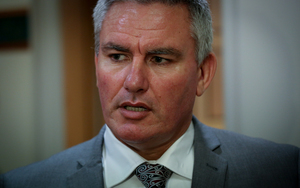 The Department of Corrections is now reviewing the suitability of all volunteers, and declined to be interviewed.

Labour Party corrections spokeperson Kelvin Davis told Morning Report he had been contacted by two men who may now be barred from working in prisons, despite being rehabilitated and educated.

"But now because of this knee jerk reaction and this blanket ban their positions are basically being looked at.

"Which calls into question why then do we ask prisoners to rehabilitate if down the track the system just keeps on putting up barriers for them and they don't get to use the skills that they've learnt through their rehabilitation." 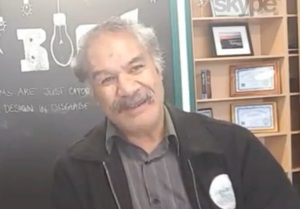 He said initially he thought there would be too many questions hanging over gang members volunteering.

However, he had changed his position and now thought they should be assessed on a case-by-case basis, which would be easy to do as there would only be a handful of them.

"So what's the problem after 30 years doing good work in society, trying to keep other people out of gangs and out of prison."

He told Morning Report behaviour not affiliation should decide who could work in prisons. 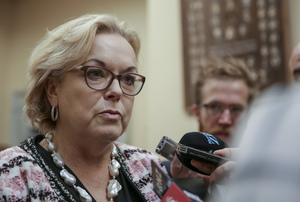 The government's carrot-and-stick policy towards gangs was "intelligent", but Ms Collins approach was to "bash everyone and sundry", Mr O'Reilly said.

He said Ms Collins dealings with Mr Nui were a breach of the Treaty of Waitangi, and he agreed with Dame Tariana Turia comments that Ms Collin's views on tikanga Māori prison programmes were racist.

"Well it is either dumb or racist, and they are generally two sides of the same coin."