There has been a strong campaign to double the quota to 1500, but the government says it still has to make sure those people moving to New Zealand have the support and services they need. 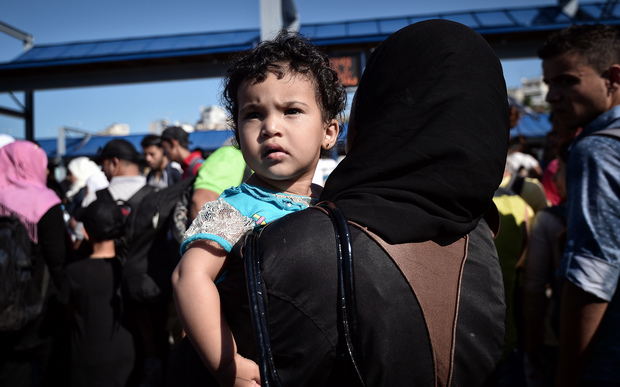 A Syrian child looks on after disembarking from a Greek government-chartered ferry taking refugees from smaller islands to Athens. Photo: AFP

It said last September it would accept 600 Syrian refugees as a special intake over the next two and a half years, and also set aside 150 places for Syrians as part of the annual quota.

The current three-year Refugee Quota Programme, which gives preference to refugees from the Asia-Pacific region over those from Africa, South America and the Middle East, was approved by Cabinet in 2013.

"Before we take any more, we need to be sure people have the appropriate support and services they need to resettle in New Zealand like housing, health education and translation services." 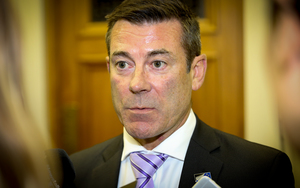 Immigration Minister Michael Woodhouse said the areas New Zealand would prioritise for taking refugees would remain the same: 50 percent from the Asia-Pacific region, and the rest from other regional categories such as the Middle East and Africa.

"However the number of places within the refugee quota for large-scale refugee crises will be increased from 50 to 100 in each of the next three years, to maintain flexibility to respond to global events."

He said the government would also "test the strength" of communities' commitment to supporting refugees through a community sponsorship programme, to be piloted next year.

"It will be a modest programme, involving around 25 places, but it will enable Immigration New Zealand and the government to check whether we can indeed support refugees with specific attributes, apart from just being most in need."

Those attributes could include, for example, how well they could speak English and suitability for certain jobs, he said.

Any placements under this programme would be over and above the new 1000-per-year quota.

The government was encouraging refugees to settle in places other than Auckland, with Dunedin the most recent "settlement location", Mr Woodhouse said.

There would be another location announced next year, he said.

The Labour Party, NGOs and others had campaigned to double New Zealand's refugee quota, to 1500.

Labour leader Andrew Little said the quota should have been doubled, and described the increase announced by the government as "miserable". 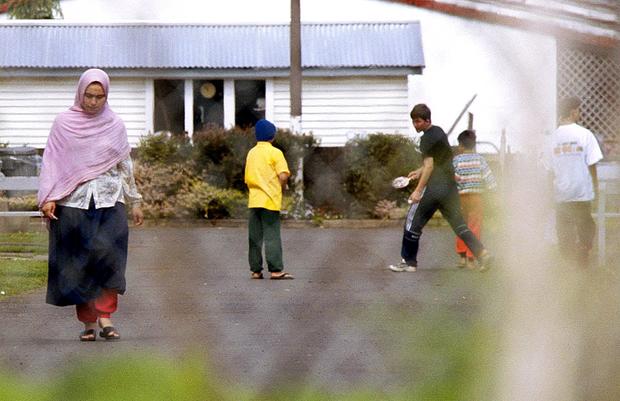 "We are capable of better than this ... Even if we were keeping pace with the current kind of growth of population, the quota should be well over 1000, closer to 1100, so really disappointed."

The government had said 1000 refugees was the most New Zealand could handle without compromising their quality of life once they moved here.

But Mr Little said the Mangere Refugee Settlement Centre had been upgraded, and the advice he had received from organisations such as the Red Cross was that New Zealand could accommodate up to 1500 refugees a year.

"The level of support and networks that are in place now that achieve the quality of resettlement that we're on record as achieving, we could continue to do that even by lifting the quota to 1500."

Despite the humanitarian crises happening around the world, Mr Little said the government had done "less than the bare minimum".

"And I think they are deeply reluctant for whatever reason but I don't think it's where New Zealanders' hearts are at."

Mr Woodhouse said the government had to make sure those arriving in New Zealand had appropriate levels of support.

"Well, I don't think for some it will ever be enough, and obviously we've had a very strong call for a doubling of the quota - but some of the advocates for that who I've talked to care a little less about the quality of those settlement outcomes.

"The government can't be as simplistic as that; we need to make sure these people do do well when we select and take them.

"They are New Zealand residents from the day they arrive, and I think all New Zealanders would expect that we do our bit in improving the quality of those outcomes."

The ACT Party said in a statement that raising the quota was the right thing to do, but New Zealand should make sure those arriving shared this country's "peaceful values".

"This is a good opportunity to up our commitment to values of peace and tolerance. Why wouldn't we state these values clearly to the people seeking join our country?"

New Zealand First leader Winston Peters said the government had raised the quota because it was embarrassed about record levels of immigration.

"The question is not whether New Zealand could be doing more for refugees, but whether we can do so whilst under so much pressure from mindless mass immigration policies.

"The fact is, against all advice and adverse symptoms of the foolishness of its policy to date, the Key government refuses to listen."