The government has rejected suggestions banks are doing its job of trying to cool the housing market by placing heavy restrictions on lending to foreign home buyers. 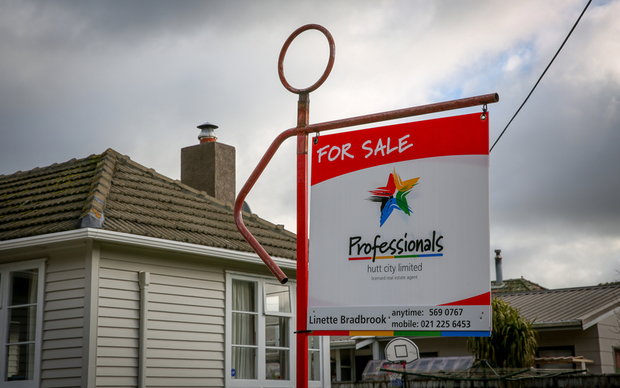 Westpac said it would no longer lend money to foreigners wanting to buy residential property, and ANZ has imposed a range of tough new requirements.

Opposition parties said the banks had been forced to introduce the measures because the government refused to acknowledge the housing market was out of control.

'What's happened here is the banks see we have a housing bubble. They are always acutely aware of risk when they are lending and they have identified that we are now in a situation where the housing market is overheated, there's a risk of that bubble bursting and they're looking to limit the lending to their highest risk customers."

A banking expert said the move by two banks was about risk management as well as sending their customers a public relations message.

Claire Matthews, of Massey University, told Morning Report the banks were responding to concerns over house prices and showing customers they are taking action.

"There is certainly a public relations aspect to it... so the banks can put up there hand and say 'hey we're not lending to them anymore'."

Dr Matthews said it was unclear how much banks were lending to foreign buyers, but it was not a large part of their business.

Lending to foreigner buyers held greater risks for the banks which they could do without at the moment, Dr Matthews said.

Green Party co-leader James Shaw said the banks were doing what the government should have done.

"The government is shirking its responsibilities."

"Their solutions are ideologically driven. They only want to deal with the supply side of the housing crisis," he said.

Housing Minister Nick Smith said the banks had not been backed into a corner by the government.

He said the bank made decisions all the time as to who they would provide money to and they were entitled to do so.

Dr Smith said foreigners were not substantial buyers in the housing market.

"It's a very different thing for the government to say that it is going to prohibit people from overseas buying home or other sorts of property in New Zealand."

Prime Minister John Key said offshore buyers were not the problem in the housing market.

He said the moves by the banks would not have a dramatic impact.

"I do see it as more symbolic than very significant in terms of their balance sheets. It's hard to believe it's going to have a big impact on the overall lending that they undertake because it's got to be a tiny fraction of what they have across what is a big lending portfolio."

At this stage, the two other major banks in New Zealand, ASB and BNZ, have not followed suit.

A mortgage broker said moves by the banks could be the beginning of more credit policy changes from the banks.

Loan Market mortgage broker Bruce Patten told Morning Report the measure was partly a message directed at the Reserve Bank to show it did not need to impose any further restrictions.

And banks were generally looking to lessen risk, he said

"They are going to start tightening up, but it's more around they're looking at the market, they're saying 'look there are some risks, we've got very high prices, lets start just reigning in some of the areas that were a risk during the global financial crisis."

Mr Patten said one of the problem areas of the Global Financial Crisis was overseas investors, who were difficult to find if the market turns.