The government will release its National Policy Statement on Thursday, and is expected to spell out how it plans to tackle the issues posed by Auckland's housing market.

It is increasingly unaffordable to buy a home in Auckland. It costs about nine times the median income to buy a median-priced home in the city. The New Zealand ratio is just six to one. 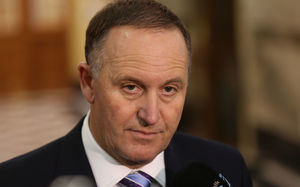 Mr Key hinted a price-to-income ratio could be used to force local authorities to release land for new housing if house prices climbed too far out of people's reach.

He told Morning Report such a tool could be in the pipeline.

But critics said more land was not the answer to Auckland's woes.

"I don't think it will work. The real challenge is, how do you pay for infrastructure? And how do you make sure that the land that is being released is being built on?"

There was already plenty of land supply but not enough homes and what was required were concrete ways to encourage more homes to be built, Mr Eaqub said.

"Unless we see that in the National Policy Statement, it's going to be yet another report that collects dust on the shelf," he said.

BERL chief economist Ganesh Nana said a price-to-income ratio could only ever be a blunt indicator of actual need.

That was because Auckland did not just need more homes, but low-cost homes, he said.

"Freeing up land is one thing. We need houses that are affordable for lower income people."

That would require some intervention from local and central government, he said.

In September, the Ministry for the Environment and the Treasury asked the New Zealand Institute of Economic Research to assess whether land price triggers like the price-to-income ratio could be used to guide regulation.

Its report concluded they could be used to manage Auckland's urban-rural boundary.

Motu Research senior fellow Arthur Grimes peer-reviewed the report. Land price triggers could help Auckland but only in the long-term and only as part of a package of solutions, he said.

"The idea that anybody could solve a housing crisis in two to three years is really completely wishful thinking. This is a 10-20 year project" he said.

Massey University associate professor David Tripe said the easiest solution to Auckland's problems was to build up, not out.

"Building up would be a much more effective way of getting housing to work in Auckland more quickly and more effectively," he said.

It would also reduce the cost of having to extend public transport networks to newly built homes in new areas out of the city centre, he said.

The only successful attempt worldwide that actually made housing more affordable was the state home building programme carried out by New Zealand during the 1930s, Mr Tripe said.