A $5000 grant is being offered to people to leave Auckland - but what's waiting for them when they arrive in their new, regional home? 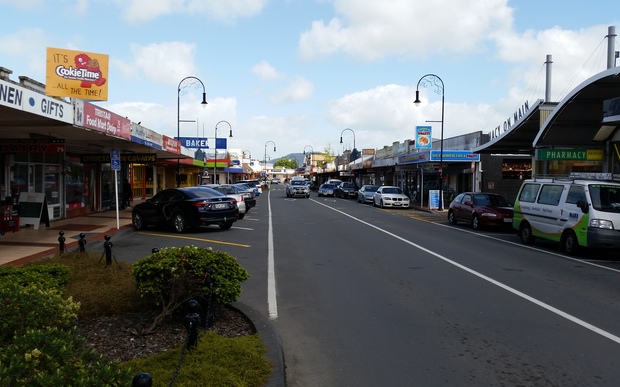 Yesterday, Social Housing Minister Paula Bennett announced the government would pay people living in Auckland state houses up to $5000, to move away.

The offer is also being extended to the homeless.

But what do the locals in places like Huntly and Ngaruawahia make of the idea?

It bears little resemblance to its much larger counterpart, Auckland, which is 100 kilometres or an hour's drive north.

But the make-up of Huntly could soon change, if people take up the government's grant and move there.

Mataara's already taken the plunge and moved to Huntly in 2000 off his own bat.

"I left Auckland because of accommodation expenses, it just wasn't viable anymore."

Mataara said most of his family had since followed him.

He's out of work at the moment. He's been employed on and off, but said the work dried up as quickly as it came around.

And he said if people move to Huntly from Auckland - they will soon find it's not an easy place to make a living.

"Not here, you got to go to Hamilton, or you got to go back to Auckland, you got to back to the cities to get the work, unless you're willing to do something in the rural sector or farming or anything like that, that takes skill, skill means going back to school."

Further up the street was another local - a mother of six - who was sceptical about the grant.

"What are they going to do when it's all gone? $5k doesn't last long."

She said rent was cheap - around $200 a week. But she agreed with Mataara that anyone who came to Huntly to work, would end up having to look elsewhere.

Caley is 30. Another local who's struggling to find ongoing employment.

He was worried about what an influx of Aucklanders would mean for people like him.

"They're just going to send a whole bunch of people down here and then we're all going to be struggling to find work or houses, if they all get the houses first, cause there's still people looking for houses here."

It's about a 15km drive to nearby Ngaruawahia - another small town touted as a possible new home for poor Aucklanders.

About 5000 people live there and the main street is noticeably quieter than Huntly.

Rosie's lived there 27 years. She's unemployed, saying she had to go out of town to find work.

Rosie loves living in Ngaruawahia and thinks Aucklanders would too.

But when it comes to work, she said it was the meatworks or the supermarket, and those jobs were limited.

Simon - who's also from Ngaruawahia - is already noticing the place change with a lot of new people appearing in the last six months.

Not everyone will get anywhere near the $5000 to move because Social Housing Minister Paula Bennett said the amount depended on how far families went and how big they were.