The Labour Party is being 'misleading' about the amount the government has spent on consultants for its sell-off of state houses, Finance Minister Bill English says.

He said the government had allocated a further $7.5m in the Budget last week.

The policy includes selling state houses to community housing groups and making sure houses are where they are most needed. 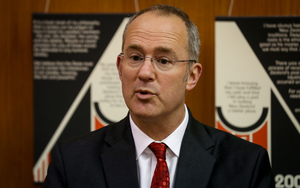 Mr Twyford said it was obscene so much money was going to consultants when Work and Income was putting homeless people into motels and charging them.

"At the time when New Zealanders are living in garages and campgrounds this government is spending money on a bad policy that won't deliver a single extra house, he said.

Labour did not support selling off of billions of dollars of land and housing that could be used to house vulnerable Kiwis, Mr Twyford said.

However, Finance Minister Bill English, who is also the Minister responsible for Housing New Zealand said Labour was wrong, and the figure was the total consultancy cost for what has been a major change project.

"The sell-off is not the main focus of the reform, it's a small piece on the side where there has been four or five million spent in Treasury to execute (it), and we are just getting started on what will be quite a long term programme."

He said he was not able to say exactly how much had been spent on the consultants, but an annual spend of about $4m on them was "pretty small".

He told Morning Report that in fact the government possibly could have used more consultants so it could have moved faster. 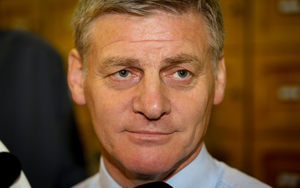 Bill English says the money spent on consultants was worth it. Photo: RNZ / Alexander Robertson

"We had the choice of either sitting paralyzed in case we use some consultants, or getting on and making change in a system which is been failing evidentially and everyone except Phil Twyford agrees with that," Mr English said.