The Finance Minister has put Auckland Council on notice that the government will step in if it doesn't open up more land for development.

Bill English said now that the Labour Party was on board with easing city limits, there was a parliamentary majority to override any decision made by the council.

The party's housing spokesman Phil Twyford said getting rid of the growth zones would put the kibosh on land bankers and speculators.

"Instead of putting a boundary around the city and saying you can't grow beyond the boundary, we think a much more sensible way is to use more intensive spacial planning of the growth corridors."

He said land of special value, or earmarked for future transport or infrastructure use could be set aside, like the northern coastal strip or Pukekohe's market garden land.

Mr Twyford said bonds should be used to raise money for infrastructure and the funds paid back through a targeted property rate.

"Well I think that the government should swallow their pride and accept that Phil Twyford is correct when he says we need to remove the rural urban boundary and actually make it government policy and legislate on it as quickly as possible." 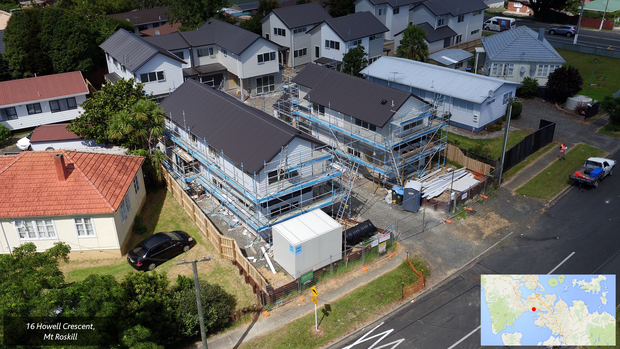 The government has been arguing for more flexibility around the city's sprawl, but in a statement Housing Minister Nick Smith said Labour was going a bit far in removing all city limits.

He said rules were still needed to ensure new urban areas had appropriate infrastructure and services.

However, his colleague Bill English has gone further.

Mr English said removing limits was the kind of step that could be taken if it was necessary.

"The Auckland Council is on notice and the fact that Labour and National can agree on what in the past has been a pretty controversial proposition is a strong signal to Auckland Council that central government could step in if it needs to."

Mr English said the council needed to understand that what it decided about planning rules had a national impact.

He said so far it has made poor decisions, and he can't see how it can supply enough houses if it keeps within the current urban limits.

An independent panel is drafting a unitary plan for the city by 22 July, and the council will then have four weeks to accept or reject it.

A spokesperson for Auckland's mayor said as the council was in a statutory process, it had no comment to make.