More than half of New Zealanders are worried about the country being a tax haven after the Panama Papers leak, according to a new poll. 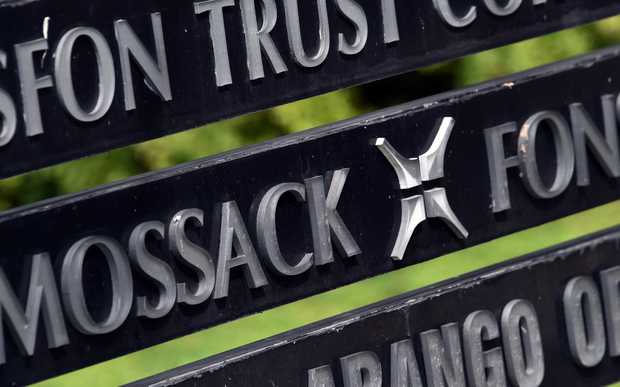 The UMR Research survey, commissioned by ActionStation, also shows almost half of those polled thought the government was handling the questions raised by the Panama Papers poorly.

The leak - of millions of documents from Panamanian law firm Mossack Fonseca - has exposed how the world's wealthy often use trusts in other countries to avoid tax.

In New Zealand, the government has appointed tax expert John Shewan to conduct a review of disclosure rules covering foreign trusts amid claims the country is a tax haven.

The poll found 57 percent of New Zealanders were concerned about the country being a tax haven. 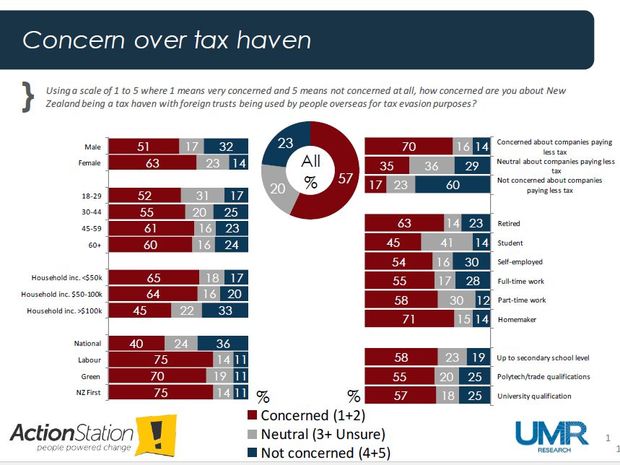 It also found that 40 percent of National voters were concerned with foreign trusts being used by people overseas for tax evasion purposes. 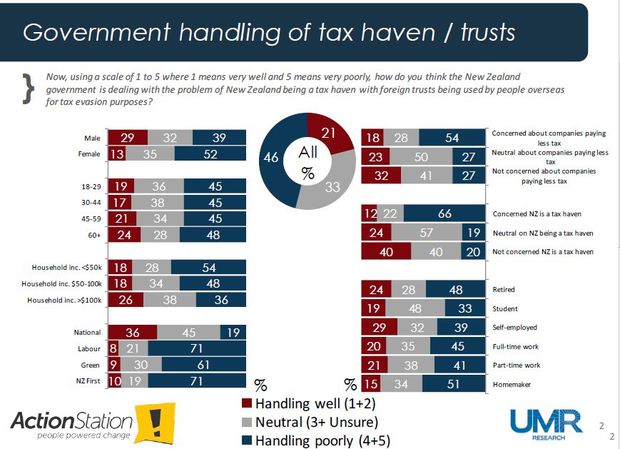 Prime Minister John Key said there would always be wild claims made about New Zealand being a tax haven and the operation of foreign trusts, and some members of the public would be influenced by that.

"But we have engaged John Shewan to do a thorough review of that and I think he's probably one of the best people in New Zealand to undertake that review, he's certainly an industry expert and people acknowledge that." 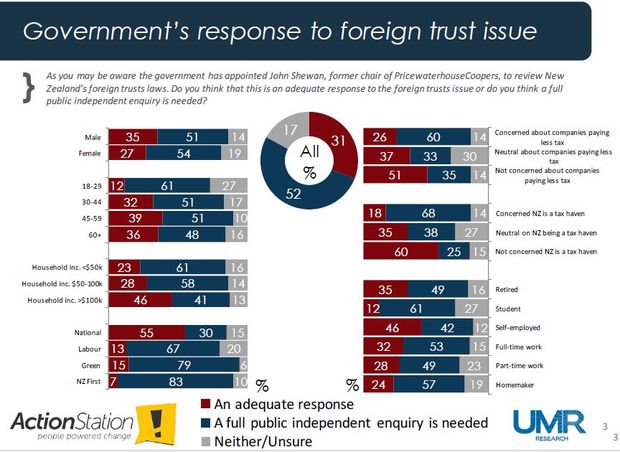 The poll found just 31 percent of New Zealanders thought the appointment of Mr Shewan to review New Zealand's foreign trust laws was an adequate response to the foreign trust issue, while more than half believed a full public independent inquiry was needed.

But Mr Key remained adamant a full inquiry was not the way to go.

"The review of the disclosure is important, and the work that we'll do around tax is important but there's nothing else that stands out particularly."

"We've been dragged down our reputation to look like some banana republic running a tax haven, all the international experts say that's a fact, so do New Zealand lawyers and accountants who have got some integrity, say that.

"More importantly, the Prime Minister has allowed first of all this to happen, and then he's allowed also for international corporates operating in New Zealand to, in some cases, to pay under 1 percent taxation."

"This is about our reputation internationally as a country that has been largely free of corruption.

"We're now being associated with the mega-rich around the world trying to hide their wealth and not pay their fair share of tax, and that goes against all the things that New Zealanders believe in."