The Prime Minister says the fact he has a deposit with a law firm specialising in foreign trusts is not embarrassing in the least. 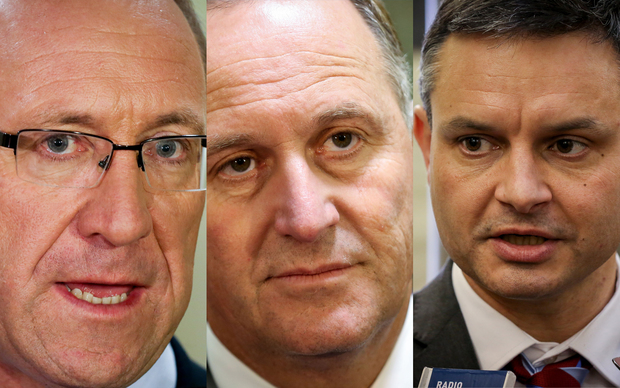 The government has been responding to criticisms New Zealand was being used by wealthy people as a tax haven, through foreign trusts, including announcing a review to examine the current disclosure requirements.

Mr Key said the deposit declared in the Register caused him no political embarrassment. It was a fund to pay for costs related to the two trusts run by his long-time lawyer, Ken Whitney, and sat in a trading bank, not in Antipodes Trust Group.

"I have covered my affairs the exact same way the entire time I've been Prime Minister, my lawyer's changed firms, that's the end of the matter.

Mr Key said this deposit did not represent any connection to a foreign trust.

Earlier, the leaders of the Labour and Green parties said the prime minister's links to a company that sets up foreign trusts in New Zealand were a bad look.

Mr Key said Mr Whitney was in a specialist legal trust firm so he was covered by part one of the Anti-Money Laundering rules - the highest level of oversight of any firm in New Zealand.

"He has been my lawyer for well over 20 years. I don't deal with people unless they're highly ethical and they do things well."

Mr Key's links to the Antipodes Trust Group became apparent yesterday, just over a week after the Panama Papers were published.

The papers revealed how some of the world's most wealthy people use foreign trusts, including in New Zealand, to avoid tax.

Last week, Mr Key dismissed allegations New Zealand is a tax haven as ridiculous, and defended the country's foreign trusts, before announcing a review of the disclosure rules surrounding them on Monday.

He said today he had checked with Mr Whitney, and had been given an assurance he had never done any work with the law firm featuring in the Panama Papers, Mossack Fonseca.

Link to trusts 'not a good look'

Labour leader Andrew Little said Mr Key's links to the foreign trust industry were now public and one of his close personal advisors sets them up.

"He has got to distance himself from those people, and he has got to be very clear that this type of device (foreign trusts) which is about allowing the mega-wealthy of the world to avoid their tax obligations in their home countries is not something New Zealand is going to be a part of - it's just wrong."

But Green Party co-leader James Shaw said the Antipodes Trust Group's website suggests its primary purpose is to help people set up foreign trusts in New Zealand, to help them avoid paying tax in their own countries.

Mr Shaw said the prime minister's financial link to the firm raised big questions about his defence of foreign trusts and disclosure rules.

"I think it's not a great look, I certainly don't think there's anything that's illegal or anything like that that's gone on, but I think given the PM's defence of the use of these foreign trusts and disclosure rules over the last couple of weeks it really doesn't play well."

MPs' assets have to be declared in a pecuniary interests register.

The Green Party is proposing MPs should have to disclose not just the name of any trust they have but also the country in which that trust is registered.

Mr Shaw said at the moment the public had no way of knowing if politicians were operating foreign trusts.

"I don't know what it will reveal, and that's the whole point you don't know until you shine a bit of sunlight on this."

The Greens' idea, got a thumbs up from the United Future leader Peter Dunne.

"On the face of it I think it's a sensible step forward and I think it would take a lot of heat out of the argument if people were able to see where the trust was located.

"The question would then arise as to whether the trust was performing its duties in a fit and proper way, and that's something that could obviously be discussed further at that time."

"Well, look, I don't think it's that relevant, if the Greens think there are dozens of MPs with trusts all over the world then I think they're chasing shadows."

Yesterday, Mr Little, tabled his tax records for the past six years - saying transparency was crucial for public confidence in political leaders - and the public deserved to know that those leaders were paying their fair share. He has called on Mr Key to do the same.

Mr Key said he did not believe it was necessary to release his tax records.