The scope of New Zealand's foreign trust review is wide enough to ensure there can be changes if problems are found, says John Shewan, the tax specialist appointed to conduct it. 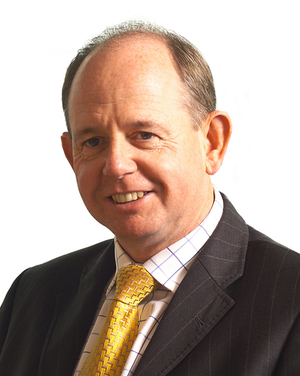 Global attention is focused on foreign trusts after a leak from a Panamanian law firm last week showed how the world's elite set up tax shelters to hide their wealth, including in New Zealand.

The government has ordered the review on disclosure rules covering foreign trusts amid claims that New Zealand is a tax haven.

Labour Party leader Andrew Little said the terms of the review were too narrow and there was no point holding the review behind closed doors.

"What's on the table, and the terms of reference that the government's handed down for its inquiry is absolutely hopeless and it won't answer the questions that New Zealanders have."

But Mr Shewan told Morning Report he was approached by Revenue Minister Michael Woodhouse late last week to carry out the inquiry.

"The scope I think is wide enough, certainly wide enough in my judgement to ensure that, if there is considered to be a problem, recommendations can be made to government for change.

"The government's indicated they will look at recommendations from both myself and from the OECD (Organisation for Economic Co-operation and Development)."

Mr Shewan, a former PwC chairman, said New Zealand's reputation was "paramount" and "at the core of the terms of reference" of the review.

Opposition MPs have criticised the appointment of Mr Shewan because of his past work with those trying to minimise their tax bills.

Mr Little said though Mr Shewan was a respected tax expert the review conducted by someone outside the tax industry.

"It is a question for somebody disinterested from the tax industry and the tax system, who can bring a legal, moral and public policy approach to it, which is why I think anything less than a High Court judge is not doing it justice."

And New Zealand First leader Winston Peters said he had no confidence in Mr Shewan to carry out a meaningful review.

"Mr Shewan's track record was associated with the 2.2-billion-dollar IRD settlement with the Australian-owned banks, also the Penny and Hooper case where the Court of Appeal and Supreme Court set aside his evidence.

"Mr Shewan has been giving governments advice for years and we do not want someone from the system, we want someone who is independent of it."

Mr Key said Mr Shewan as highly regarded as a "absolute expert" and the opposition attacks were unwarranted.

"The one thing we know about trust law is that it is very complicated. Ultimately anyone that you put in there is going to have had some exposure to tax practice in New Zealand because by definition if you didn't you wouldn't understand the issues you're dealing with."

Mr Shewan said this morning he would leave it to others to judge whether he was suitable carry out the review.

"I've been in tax policy and practice for 38 years. I've advised various governments of different colours, both in New Zealand and overseas," he told Morning Report. "And clearly when you're working in an area such as tax sometimes the revenue authority will agree with you, sometimes they won't, and similarly the courts

"I'm quite comfortable after 38 years my record is satisfactory but others will have a different view and they're entitled to that view. This is not a popularity contest."

He was committed to examining the issue on a professional and objective basis, he said.

Mr Shewan has been asked to report back to the government by 30 June.

Review will do the job - Key

Mr Key insisted the review would do the job it needed to do, which was "essentially test the proposition that our disclosure rules meet world best practice."

"I asked officials over the weekend [about the 60,000 references to New Zealand in the Panama Papers] and the simple point they made was that [the data] spans 40 years, it spans numerous Governments and quite a lot of law changes, and they also seemed to indicate one particular company which had registered a lot of shell companies that they thought would show up in the papers."

Mr Little has agreed to released his tax details back to about 2010 and said the Prime Minister should do the same.

Mr Key said that was not necessary. He said he did have a blind trust, but was confident all its activities were legitimate.

RNZ News has asked all MPs whether they have, or have ever had, a connection to a trust outside New Zealand. To date 64 have responded, all saying they had not.

However Green MP Mojo Mathers said she was the beneficiary of a family trust in Britain set up by her grandmother which entitled her to stay for free in a family home on the coast of Cornwall when on holiday. There were no other benefits from the trust, she said.

Meanwhile, a partner in an Auckland law firm that sets up trusts for foreigners said more monitoring of trustees would help make the New Zealand system stronger.

Richard Taylor, of TGT Legal, said said his firm rigourously vetted potential clients and some had been turned down.

Though no system could completely guarantee people were not abusing the regime, further regulation would help.

"At the moment they rely on lawyers and accountants being regulated, but the regulation of them is not in the context of trusts per se, and I think greater regulation of the trustees would further assist in making the New Zealand regime robust."