In and out of the loop on the biggest leak ever

The Panama Papers were the biggest ever leak of newsworthy information and the biggest ever collaboration between media organisations on a single investigation - but the New Zealand media were left out of the loop.

It started in late 2014 when a source called "John Doe" reached out to an investigative journalist for German newspaper Süddeutsche Zeitung.

Hello. This is John Doe. Interested in data? I'm happy to share- this is how it started more than a year ago #panamapapers #craziestyearever

John Doe had millions of digital documents, spanning almost 40 years, concerning billions of dollars. It was possibly everything the Panamanian law firm Mossack Fonseca had on file, and far more than any one media outlet could handle.

The International Consortium of Investigative Journalists assembled more than 300 journalists from 100 media organisations in dozens of countries to work on the raw data.

What it was all about: The ICIJ's video on "unseen victims of the shadowy offshore industry".

Remarkably it all remained under wraps until last Monday. When the covers came off, the media partners all had individual scoops ready to roll.

The UK’s Guardian newspaper had former Moscow correspondent Luke Harding to write its lead story about the Russian cellist close to President Putin controlling huge sums of money in several trusts. It was also revealed the UK's Prime Minister David Cameron had criticised offshore banking while his own father made use of it.

Iceland’s PM resigned after his own interest in a company registered in the British Virgin Islands was revealed. The resignation came after questioning by the crowd-funded investigative site Reykjavik Media Spotlight and Swedish broadcaster SVT, which let the PM dig a hole for himself in English.

The moment Iceland’s prime minister walked out of an interview because of a tax haven question #panamapapershttps://t.co/FfWj8jiQec

Meanwhile, Australia's public broadcaster The ABC was also all over the story. TV current affairs show Four Corners had a team waiting at the door of Mossack Fonseca in Panama, alongside reporters from other media organisations, when the story broke.

Quickly it became clear New Zealand was part of the story too. Five minutes of the Four Corners initial report was about a New Zealander heavily involved in fronting offshore companies, and the Australian Financial Review, published by Fairfax Media, ran a piece headlined New Zealand: the quiet tax haven achiever.

"There are more than 60,000 references to New Zealand in The Panama Papers," he claimed on Twitter. "Nothing like a tax haven then . . . "

But no New Zealand journalists were privy to that raw data.

He told TV3's show The Nation there was no media partner in New Zealand on this project, but: "You can be absolutely certain, I think, or as near to certain that there will be significant numbers of New Zealanders - and certainly New Zealand entities - within this data set".

Back in October last year the site published a piece headlined: 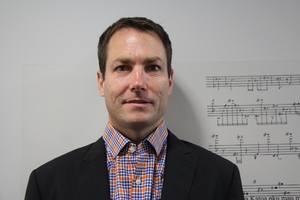 "Mossack Fonseca is just one of many companies doing this work around the world," he told Mediawatch.

"What happens before this money ends up in trusts in New Zealand? We have no idea," said Mr Vaughan.

Governments all over the world are trying to gather all the tax they can from their citizens. We are such a soft target for companies like Mossack Fonseca," said Mr Vaughan.

Just two weeks ago, he said, a bribery scandal in the oil industry was revealed in an investigation by Fairfax Media and The Huffington Post in Australia. A Fairfax business journalist here  - Rob Stock - reported in The Sunday Star Times that the company at the heart of it appeared to be a New Zealand shell company.

Does it matter that no New Zealand media were in the loop on the Panama Papers project?

"It's good it's getting exposure here from international coverage - and in our media now," said Gareth Vaughan. "But we would get more real New Zealand stories out of (the data) if they were involved. Journalists from other countries may not pick up on stories that may be relevant here," he said.

"A name like that would jump out at a New Zealand reporter," he told Mediawatch. He said there was a danger significant New Zealand stories from the Panama Papers could be missed.

"We need to reach out to the outfits who are doing big international investigations like this and make sure we can be part of them."