More awkward questions - and the future of big leaks

Stories sparked by the Panama Papers keep on coming. Will they encourage more leaks? Or are people with things to hide now wise to the risks?

"PM on shaky ground over weak tax rules" said The New Zealand Herald's editorial last weekend after Prime Minister John Key insisted the country was not a tax haven, and there was no need to act in the wake of The Panama Papers leak, which revealed how a group of wealthy and powerful people were using offshore tax havens.

In the UK, Prime Minister David Cameron had already moved swiftly. He told the British parliament oversight of British offshore banking would be tightened up. He also promised to make the promotion of tax evasion by directors of banks and accounting firms a crime. After (eventually) admitting he had profited from his family's use of offshore banking, Mr Cameron even released a summary of his own income tax.

Having assured all three programmes there was no issue, it was awkward when it came to light in the latest register of MPs' pecuniary interests, he had a deposit with a law firm specialising in foreign trusts.

But not everyone in the media saw it that way. 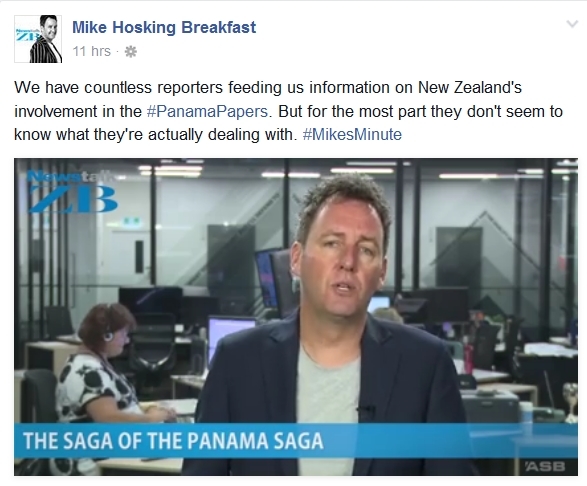 On Newstalk ZB, Hosking said journalists were "joining dots" on things they didn't understand. They had revealed nothing illegal and were turning the foreign trusts issue into "a circus".

On TV3, Henry said "tax avoidance is not illegal, it is a democratic right. The government has already said it will close loopholes that could see us being seen as being in bed with tax-dodging shysters".

What's still out there?

"John Key will know as well as anyone that there is heaps more to come about New Zealand, with a reported sixty thousand references in the Panama Papers," Gower wrote on Newshub's website.

The figure of 60,000 came from The Australian Financial Review's Neil Chenowith last week. This week he had more on New Zealand:

While the prime minister said rules on shell companies have changed since then, The Dominion Post said none of this would be out in the open now without the unknown whistleblower who leaked the Panama Papers to the International Consortium of Investigative Journalists (ICIJ).

But will they? Those with things to hide may already be operating under the assumption private financial dealings could be made public. 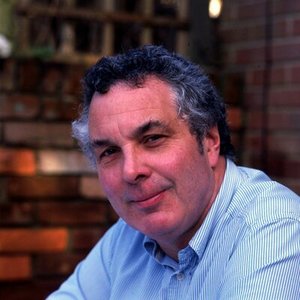 The author of Online Journalism: The Essential Guide and a lecturer at the University of Sussex, Mr Lashmar said the ICIJ's track record was littered with big leaks.

"When you get a new technique, there will be a counter to that. It always works that way. But in three years the ICIJ has produced three major leaks on offshore banking on a scale we’ve never seen before, and its information from places that were bastions of secrecy.

"People using these places will now be asking if it’s worth the risk. That must be a good thing."

In an article, Secrets Unzipped, in the BBC news magazine this week, Mr Lashmar said old-fashioned “brown paper envelope” leaks are now a thing of the past. Modern surveillance made handing over information in person far too risky.

Dumps of digital data, such as the Panama Papers, are now the source of more major scoops.

“It’s one of the most exciting developments in journalism. For years we’ve heard the big companies can’t pay for investigative journalism, so it seem like a surprise. But in recent years we’ve seen informal arrangements between journalist grow more formal and working across borders”.

Mr Lashmar knows journalists involved in the Panama Papers project. Asked if they fear that powerful people with things to hide might try to undermine - or even infiltrate  - investigative journalists and groups like the ICIJ, he said they were taking precautions.

“They’re going to have to get tougher on their internal secrecy. It’s possible people will be tipped off in advance – and they may try and pull their money out. But once a leak has been made to a big group like this, it's impossible to stop it”.