A group of campaigners has walked more than 300km to present a petition to Parliament to make New Zealand's fresh waterways swimmable.

Choose Clean Water collected 12,000 signatures in opposition to the government's stance on having a "wadeable" water standard as the bottom line.

Thousands of blue paper water drops were shaped to form a river at the steps of Parliament today.

Campaign coordinator Marnie Prickett said the blue drops "represent New Zealanders from all over the country who want strong protection in law for their local stream, river or lake but can't be in Wellington for the petition handover".

Of the more than 100 campaigners, about 30 people - including children as young as seven - had walked from Turangi, near Taupo, to Parliament over the Easter holiday. 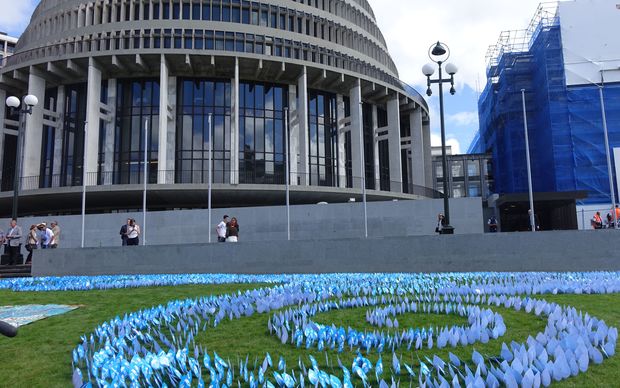 Thousands of blue paper water drops were shaped to form a river at the steps of Parliament. Campaigners walked more than 300km to present the petition. Photo: RNZ/Maja Burry

Their efforts were evidence they were committed to leaving clean, safe fresh water for the next generation, Ms Prickett said.

"We've just heard from our young people that they are fearful for their future and they want us to look after them, they want us to make the right decision for them, and there's just nothing more essential then clean water," she said.

In February the government announced 23 initiatives for improving the management of fresh water.

Green Party MP Catherine Delahunty, who accepted the petition, said not enough was being done to stop the runoff from dairy farms, which was a major part of the problem.

"Chuck in a bit of industrial pollution, toss in a bit of untreated sewerage, throw in a bit of climate change temperature and what have you got, the veins, the heart of our whenua struggling to survive."

Labour Party leader Andrew Little told protesters when he grew up he could swim and drink from the rivers, but that had now changed.

"It doesn't have to be like this, we don't have to accept this, and I think we are all touched here at the commitment and energy that you have brought to this kaupapa to this house, to your house that you are not prepared to accept this anymore," he said. 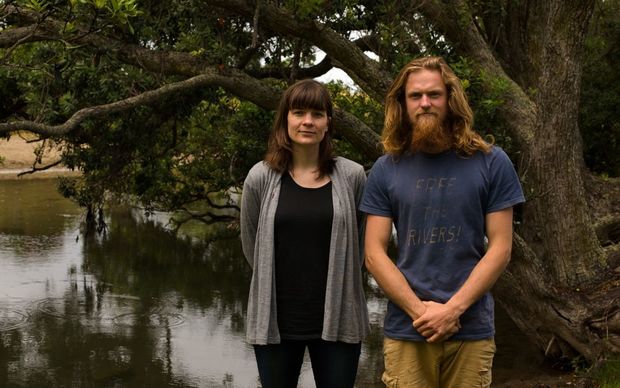 Environment Minister Nick Smith said he welcomed the conversation sparked by the petition, but would not make any promises he couldn't keep.

"What I don't think is realistic is to require that every water body in New Zealand be swimmable. That wasn't even true prior to human settlement of New Zealand and I've just got to be really clear that any law or regulation we put in place is actually doable," he said. 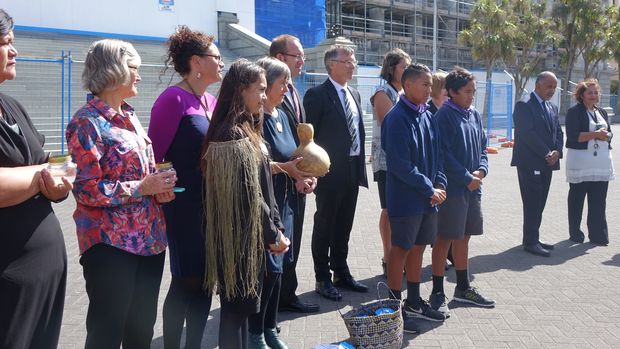 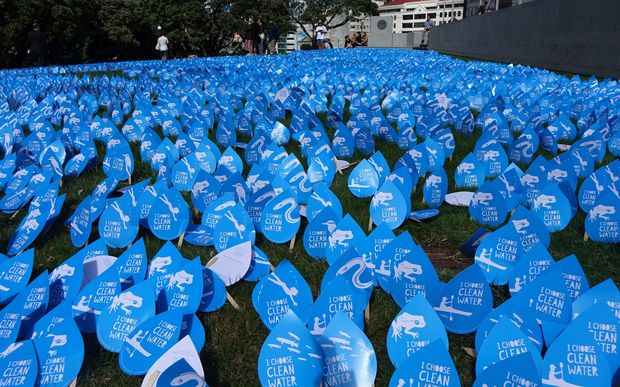 A close-up of the blue paper water drops, which the campaigners said represented those who had signed the petition. Photo: RNZ/Maja Burry