Health Minister Jonathan Coleman has announced an extra $20 million in mental health funding for Canterbury over the next three years. 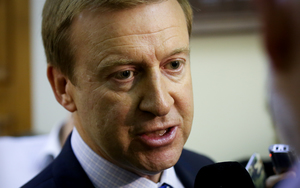 Figures released by the Ministry of Social Development last month had shown funding for psychological services through community groups in Canterbury had been cut from $1.6 million to $200,000.

Funding for trauma counselling had halved to just over $400,000.

The new funding will allow for an extra 27 primary care and community-based mental health workers.

In addition, the 'All Right?' campaign, designed to help Cantabrians think about their mental health, has been extended another three years.

He told RNZ News the situation in Canterbury had "shifted" as a result of that quake.

"In response to that we sent the Director of Mental Health straight down there," he said.

"He came back having talked to frontline workers, the DHB and the council. And on the basis of that advice, this package was formulated, tested with the DHB and that's what we're announcing today."

Mr Coleman said the ministry would provide extra funding for the rest of this financial year and the following three financial years.