The latest workshop to discuss the Trans-Pacific Partnership has avoided the protesters who have been prominent at previous meetings about the controversial trade deal. 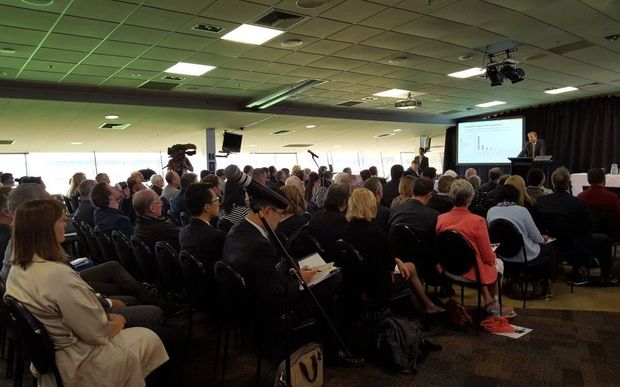 The 12-member trade agreement has sparked strong opposition, and protesters had threatened to overshadow today's meeting in Wellington.

More than 200 people are attending the event in Wellington, mostly lawyers and business executives.

The roadshow is the fourth to be held in a main centre, with more planned for the regions later in the year.

Thousands of people attended protests against the TPP on the day of its signing in Auckland in February.

Earlier this month, when the roadshows began in Auckland, a small group of protesters disrupted proceedings, but there has been no repeat of that at today's gathering.