The Prime Minister John Key intends wearing the Blue and Black Silver Fern flag design at every opportunity until after the referendum saying it is well known that he supports change. 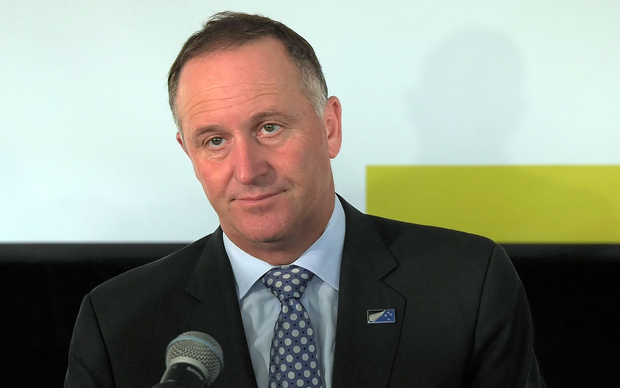 He defended government MPs meeting to work out how to drum up more public support for changing the flag.

Mr Key said MPs were free to meet at any time on any issue and free to exercise their right to be for or against the flag like every New Zealander.

"We never saw it as a political process, I mean we saw it very much as one where we tried to include all political parties and that included you know Labour and the Greens and that's why everyone was on the select committee that we formed going forward."

Mr Key said it was a well known fact that the country was going through a referendum process and that he supported change.

"This is a debate about the nationhood of New Zealand, about who we are and what we believe is the right symbol to represent us going forward."

Mr Key said it had always been his belief that it was a bigger issue than just about the flag.

He said it was about whether New Zealanders saw themselves better represented by the silver fern as a unifying symbol of New Zealand in the modern world, or the Union Jack.

A second referendum will be held next month where voters will choose between the current flag and the Blue and Black Silver Fern flag designed by Kyle Lockwood.

Recent polls have suggested the public remains largely opposed to changing the flag - despite the government having spent $26 million on two referendums.