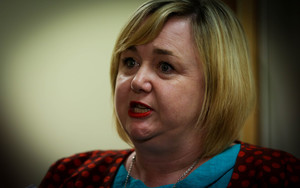 Within that, in addition to having 19 in-house communications staff, CERA spent $1.6m on external public relations consultants and media agencies.

Labour's Canterbury spokesperson, Megan Woods, said people in Christchurch did not need spin doctors, they needed progress on the rebuild.

But Mr Ombler said it was vital CERA kept the public up-to-date on progress.

"We're not just spinning good stories. This is about putting out the exact story to people all the time honestly."

Mr Ombler also told MPs it was too early to say whether Christchurch would get a convention centre.

He expected an announcement in the first half of 2016 on whether the convention centre would go ahead.