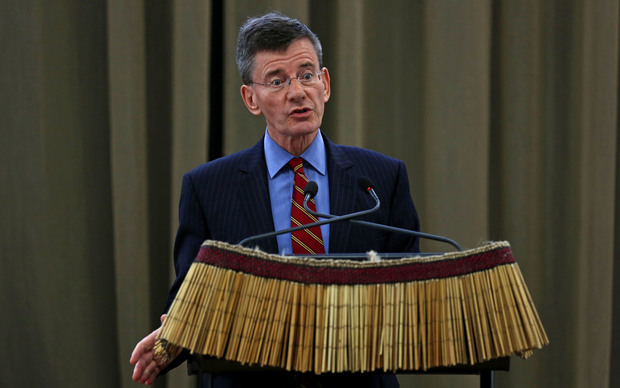 The Tribunal said it was forced to rush out its findings on claims linked to proposed changes to the Te Ture Whenua Māori Act.

It said that was due to the Crown deciding to embark on a series of information hui only weeks before the tribunal's full report was to be released.

It said more consultation was needed before it released the findings, but Mr Finlayson has rejected that.

"It seems to be riddled with factual errors. It says various people oppose the reform when in fact they don't.

"So I'm going to have a good look at it, but I'm somewhat bemused that after four years of consultation including well over 100 consultation hui, and numerous exposure drafts of the bill, that that's still not enough."

The process had been open and transparent, he said.

Call for Crown to wait

Earlier this week iwi leaders urged the Crown to wait for the tribunal to make a call on who could change Māori land laws before making any alterations.

More than 500 people attended a series of hui around the country in January.

As a result of those meetings, they recommended that the rewritten Ture Whenua Maori Act not be introduced to the House next month as planned.

They want to wait for the findings of the Waitangi Tribunal, which heard claims against the government process in November last year.

The reforms were to have been discussed with Prime Minister John Key in the iwi leaders' hui at Waitangi on Friday.