World leaders are among the tens of thousands of officials, delegates and observers converging on Paris as a United Nations (UN) summit on climate change kicks off. 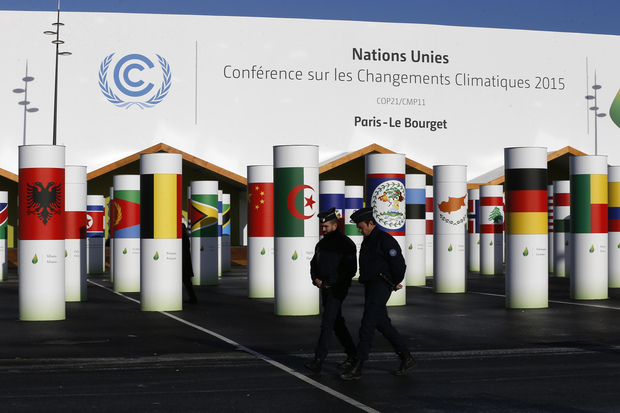 The two-week conference is being billed as the last chance to nail down a global deal to tackle climate change.

Prime Minister John Key will address the conference in the early hours of Tuesday morning.

He expected a deal would be done by the end of the fortnight. 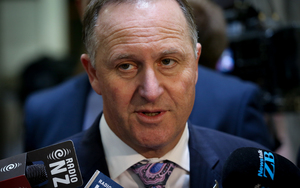 "What won't happen is you won't get some sort of legally binding agreement which will bind each country. What you will get is each country coming along and saying 'this is what we propose to do' and over the next few years the formation of the rules that those countries will have to comply with as they meet their targets."

The 'New Zealand proposal', as it has become known, to not make the targets binding is the preferred option for the United States but not so for the European Union.

British High Commissioner to New Zealand Jonathan Sinclair said the UK wanted an ambitious deal and it would prefer the targets were legally binding.

"We think they have a benefit in providing transparency and accountability for people to hold governments to account. They provide clarity for businesses able to take investment decisions, and they provide credibility to non-government organisations.

"We've certainly see that with our own national targets but the most important thing is to deliver on the ambition, and that's what we should be judged on in years to come."

Mr Sinclair acknowledged it was ambitious.

"There's a lot of action that's already been taken that will drive towards those goals - for instance, we're phasing out the use of coal-powered power stations by 2025. So I think it is possible."

New Zealand's emissions reduction target is 11 percent below 1990 levels by 2030.

Green Party co-leader James Shaw, who is also heading to Paris, said New Zealand could not hold its head high at the talks with that target. 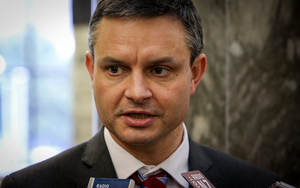 "New Zealand has one of the lowest and most embarrassing targets for emissions reductions of any country in the world.

"If every country did what we're planning to do, the net result would be about four or five degrees of global temperature rise, so we are a laggard, not a leader."

Mr Key said New Zealand would lift its target as soon as there were technologies available for farmers to reduce emissions.

"Half of all of our emissions come from agriculture and at the moment we don't have a solution to that, as soon as we do, and we are quite confident from the advice that we get from our scientists that we will be able to do, well then we'll increase our target.

"I'm pretty confident over the next three or four years from what the scientists tell me they'll come up with some solutions and we'll be more ambitious at that point." 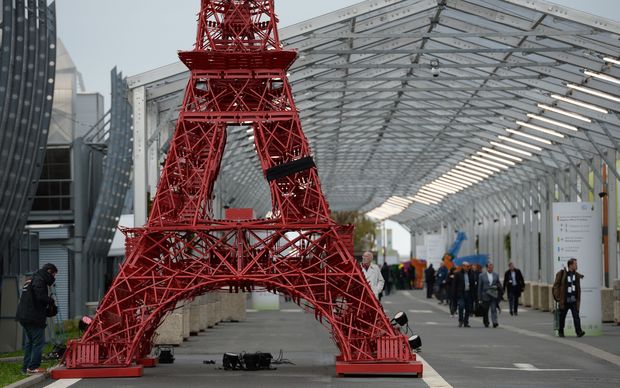 A replica of the Eiffel Tower built from bistrot chairs is installed at the COP21 climate summit venue at Le Bourget, northeast of Paris. Photo: AFP

New Zealand's former climate change ambassador Adrian Macey said if the talks failed it could be the end of the UN as the platform for getting a deal to combat global warming.

Dr Macey believed an agreement would be reached, but if that did not happen, countries may take an alternative route to reducing reduce greenhouse gas emissions.

"If this is a total failure, then rather than come back in six months and try to recover something from it I think maybe the other scenario would be a coalition of the willing getting the big parties together and then bringing others in, if it just proves impossible to do it through the UN.

"So I think the UN's reputation is really at stake here too," Dr Macey told Nine to Noon from Paris, where he is at the talks on behalf of Victoria University.

The UN conference begins at summit level tonight, when heads of state and government will attend.

To signal their determination to produce a deal, expert negotiators sat down today, rather waiting until after the high-level speeches, to start trying to resolve the most difficult issues.