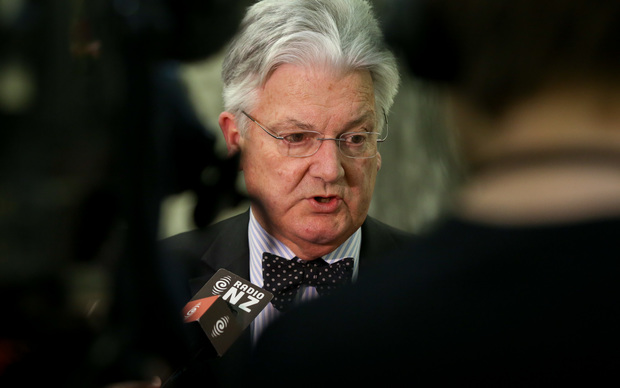 Mr Dunne, who is also New Zealand's minister of internal affairs, made the comments on his blog yesterday, and they have been republished in Australian media.

He said people in detention camps on Christmas Island awaiting deportation were now worse off than when they were in prison , because of the "modern concentration camp approach" Australia had taken.

On Morning Report he likened detention centres such as that on Christmas Island to Guantanamo Bay.

He said the conditions were inhumane.

"Look, I'm not carrying a candle for people who have committed serious and awful crimes - they've got to do their time and be punished, and Australia has every right to do so. They have every right to deport them to their home country on competition of their sentences, that's not the issue. The issue is the conditions under which they are held prior to their deportation.

"I think anyone who has looked at the situation regarding the detention camps would agree that these are inhumane, inhospitable places and that Australia is really going to the boundaries of human rights in terms of its use of those camps, and particularly for the people who are about to be deported."

Mr Dunne said the political arguments sparked by John Key's "backing the rapists" remark had become a farce that was distracting from the real issue.

He said the New Zealand government needed to turn its attention to the "real villains" who support that system, such as Australia's Immigration Minister Peter Dutton.

But Mr Dunne said it was not just up to the politicians.

"I think there will be a lot of people who will perhaps decide that one way to vent their protest would be to not go to Australia, or will make their concerns known to Australian relatives or friends. This is not just a shouting match in the media.

Meanwhile Australian authorities are rejecting accusations people are being kept without food and water in the troubled Christmas Island detention camp.

The Refugee Action Coalition said asylum-seekers had also been left unguarded since the riot at the camp earlier this week.

But officials said the group of people the coalition was talking about were protected and segregated from the main detainee population for their own safety.

Australia's Department of Immigration and Border Protection said during the outbreak of violence, staff put their own safety at risk to protect the group and remove them from any potential harm.

It said all detainees had been provided with food, water and shelter throughout the unrest.

A political analyst said the Prime Minister's controversial rapist comments may have been a deliberate tactic to distract public attention.

Rob Salmond said it was unlikely the comments, which Mr Key repeated, were made in an emotional spur-of-the-moment.

He said Mr Key seems to have been employing a tactic one of his advisors dubs the "dead cat technique", for using when in a weak position on an issue.