A war of words has broken out between Maori Party co-leader Marama Fox and the Australian immigration minister over New Zealanders being detained across the Tasman. 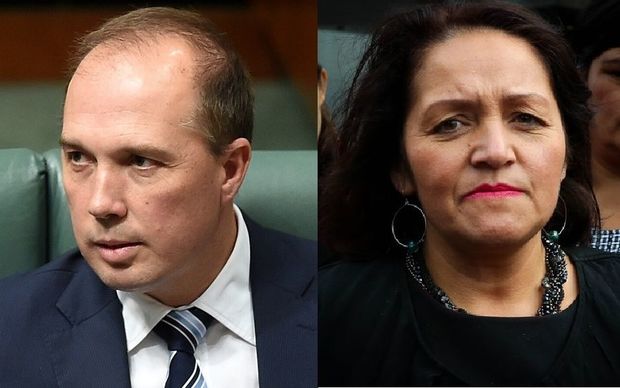 In an interview with the ABC, Ms Fox said some of the New Zealanders who had been detained before deportation by Australian authorities under tough new visa laws had committed less serious offences but were now being subjected to difficult conditions.

"These are people who have served their time for the various criminal offences that under this new law could range from shoplifting and also traffic violations, all the way up to serious crimes," said Ms Fox.

But her claims were rejected by Australian Immigration Minister Peter Dutton

Mr Dutton denied that New Zealanders convicted of only minor offences had been locked up on Christmas Island, saying the Maori Party was promoting a raft of inaccurate claims.

"Nobody is jailed for 12 months for shoplifting and it defies common sense, so I think people should frankly stick to the facts and I think we'd have a better debate," he said.

Ms Fox is sticking to her comments, and told Morning Report today Mr Dutton was confused.

Ms Fox also criticised the Australian government for detaining a former New Zealand serviceman, Ko Haapu, who is awaiting deportation in a West Australian prison despite having never committed a crime.