Politicians from the Asia-Pacific region have painted a stark picture of living with the effects of climate change. 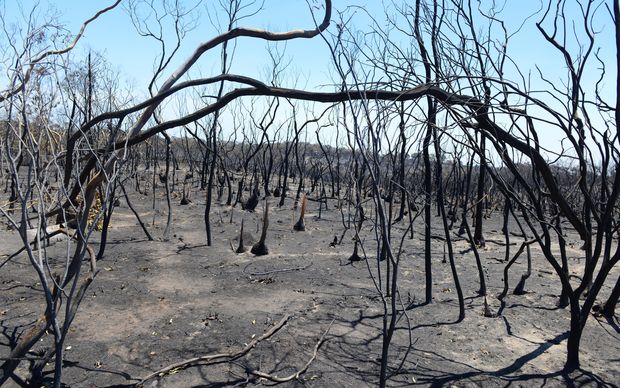 Green Party representatives from as far afield as Pakistan and Mongolia have given first-hand accounts of seeing millions of people displaced from flooding, devastating earthquakes, rising sea levels and droughts.

The Asia-Pacific Greens Federation met in New Zealand for the first time at the weekend, bringing together politicians from 16 countries to discuss the impacts of climate change.

Board member Suresh Nautiyal, from India, told the conference in Wellington he came from one of the most fragile parts of the world, the Himalayas, and climate change was having a profound impact.

"Our rivers are drying up, our glaciers are melting, and the indigenous mountain people have virtually stopped growing the harvest," he said.

Mr Nautiyal said the Indian Government was doing little to reduce greenhouse gas emissions, but that India, and all other nations, needed to take action.

"We've had droughts, increased typhon severity and frequency, and the island is very active with lots of dormant volcanoes. The effect of climate change is of course to make the ocean heavier, so that's causing more earthquakes," Mr Winkler said.

Liaquat Ali from Pakistan said hundreds of millions of people had been displaced in Pakistan because of heavy and unusual flooding.

He said the monsoon season had also shifted from July and August to September and October.

Papua New Guinea's Andrew Kutapae said his Government was now recognising that sea levels and temperatures were rising and had appointed an officer of climate change.

But internationally, he said, there was a lack of leadership on climate change.

Australian Green Party leader Richard di Natale said aside from the weather, there were health consequences of climate change.

It was encouraging the spread of infectious diseases, as insects and bugs were migrating to warmer areas, bringing with them viral illnesses such as dengue fever and gastroenteritis.

Dr di Natale said nations like Australia and New Zealand needed to recognise they had made a huge contribution to climate change and had a moral responsibility to address it.