The Green Party has called for an official investigation into what it has described as the Government's pay-offs to a Saudi businessman who was angered by New Zealand's ban on live sheep exports. 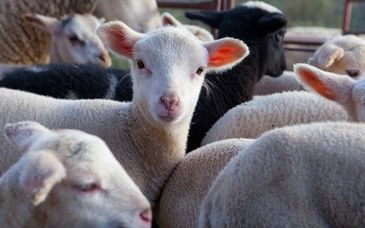 The Greens say the Government tried to buy off, Hamood Al-Ali Al-Khalaf, so it could get a free trade agreement with the Gulf States.

Green MP James Shaw wants the Auditor General to investigate how the public's money was spent.

"It does seem pretty strange that we were sending money into his businesses given that there wasn't really a strong business case, it seemed to be compensation for a grievance that he had.

It does seem to be very strange to enter into a business arrangement because you're afraid they're going to sue you," Mr Shaw said.

Foreign Affairs Minister Murray McCully claimed the Government was forced to come up with the deal to fund Mr Al-Khalaf's farm, saying former Labour government ministers misled him about the sheep export trade.

Labour did ban live sheep exports in 2003, but its trade spokesperson David Parker told journalists today that none of the relevant ministers from the era have ever been informed of a threat to sue.

"Phil Goff, Helen Clark, Michael Cullen, Winston Peters and Jim Anderton all confirmed that this has no been raised by them, they know of no such claim," he said.

"If there was a $30 million claim you would expect the officials of MFAT to come to at least one of them and check whether it was true."

It was a National agriculture minister, David Carter, who in 2009 announced the Government was considering overturning the six-year-old live sheep export ban.

However, then Mr Carter extended the ban in 2010.

Radio New Zealand asked Mr McCully if that was reason Mr Al-Khalaf was threatening legal action but has not yet received a response.

But Mr McCully maintained that the $11.5 million of taxpayers money he had poured into the Saudi businessman's farm - including flying 900 sheep there for $1.5 million - was a great deal and money well spent.

"Very good deal for New Zealand because we've got money that would otherwise have been wasted being used to give New Zealand businesses a chance to get themselves established in a very lucrative and very significnat market."

And the Prime Minister John Key echoed that today.

"I actually think it will present opportunities to showcase New Zealand the investor himself has put $80 million into the agribusiness centre."

But in Parliament on Thursday James Shaw from the Greens summed up what the opposition makes of the deal - asking Mr McCully whether the Saudi businessman had got "your money for nothing and your sheep for free"?.

No, was the response.