The news that the Government has spent $1.5 million flying sheep to a farm in Saudi Arabia has been met with some raised eyebrows, and suspicions that kiwi taxpayers are getting fleeced.

The farm is owned by a Saudi multimillionaire who was unimpressed when New Zealand shut down the live sheep export trade in 2004 due to animal welfare concerns. 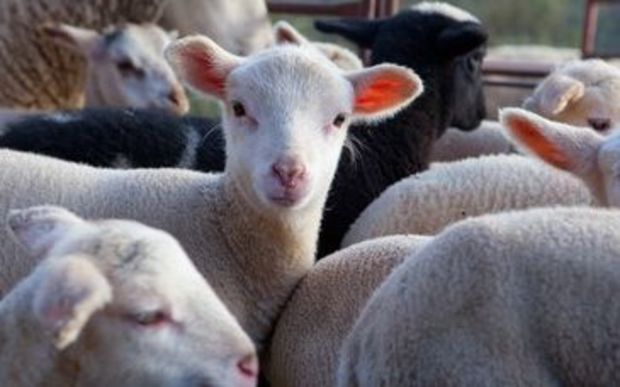 Prime Minister John Key said the Saudi businessman's beef was one of the main barriers to a Free Trade Agreement with the Gulf States.

In addition to spending $6 million building facilities, including an abbatoir, on his farm, tax payers have spent the princely sum of $1.5 million flying 900 pregnant ewes there too.

NBR columnist Matthew Hooton said this was an expensive ticket.

"I don't know if the sheep were in business class - sheep obviously don't fly cattle class - whether or not this was a business deal, so they had to sit up the front - we don't yet know."

"Well I'm sure the pigs will be envious - they might not be able to fly but sheep can. I just hope they got some really good feed on the way and some fine wine because it's a very, very expensive exercise.

"It's an apology from John Key, and he's used taxpayer funds to make this apology, and to prove that sheep can fly."

ACT Party leader David Seymour also had his doubts about whether tax payers are getting value for their money.

"The ACT Party is very concerned that the taxpayer may get fleeced here... it's a shame they didn't go a little bit further to Egypt, because then they could have joined the 'Nile high club'," Mr Seymour said.

But the Primary Industries Minister Nathan Guy said the taxpayer investment was justified.

He said the farm would become an agribusiness hub, which will lead to many business opportunities down the road.

"This is an opportunity to showcase 30 New Zealand companies - we believe there's a huge potential to grow our agritech exports, not only in this market but other markets around the world."