The parents of a teenager killed in the Carterton hot air balloon crash in 2012, who had to wait days to see their daughter's body, are demanding that MPs change the law. 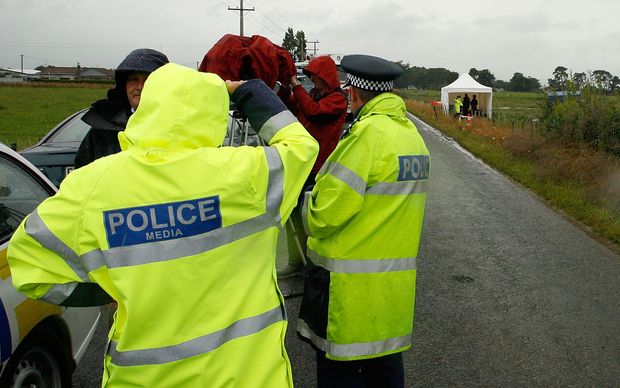 Policemen at the site of the crash near Carterton in 2012. Photo: AFP

Parliament's Justice and Electoral Select Committee is hearing submissions on a bill that would change the Coroners Act to speed up coronial inquests and improve public safety.

Eleven people on board the balloon were killed when it struck power lines and caught fire.

Vivien and Allen Still's 19-year-old daughter Alexis jumped to her death with her boyfriend Johannes Jordann in the crash.

Mrs Still said everything was very confusing on the day.

"We weren't allowed to see her. We didn't even know what state she was in. We weren't told anything. Absolutely nothing."

She said they felt completely lost for days, not knowing where Alexis was.

"It was really quite horrific," she said.

"We had no information given to us the whole time. All we wanted to do was to hold or to see and to see - and to be with her - but we had no knowledge of where she was, at any time."

Mrs Still said it took six days before they were able to see their daughter's body, or find out that she had jumped from the balloon.

She said it hurt that they could have identified Alexis, rather than have police come to their home to collect DNA for testing.

Committee chair Jacqui Dean asked Mrs Still what changes needed to be made around the way they were treated by the various agencies involved.

Mrs Still said she thought everyone was scared of them and that it was too much and too horrific for everyone involved.

"We just needed information and the details," she said.

Allan Still, who was speaking to the committee by teleconference, said if police or the coroner had provided more information then it could have saved a lot of distress.

He said, immediately after the accident, the media speculated about who had jumped from the balloon and they named the wrong victim.

She said one of her goals was to try to find out where the delays were occurring and what they could do to fix it.

Ms Marshall said coroners tried to let families see their loved ones as soon as possible but every case, and every coroner, was different.