The New Zealand First leader, Winston Peters, is warning the Government not to ignore the message in his win in the Northland by-election. 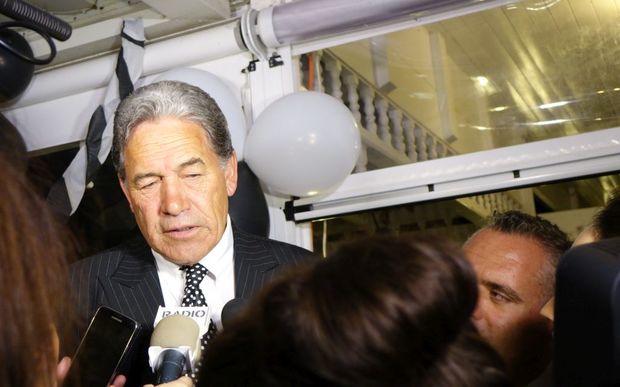 The New Zealand First leader said National ran a strong campaign attacking him but voters in Northland had turned off the Government.

He said the by-election result had implications that went beyond the electorate.

Results of the Northland by-election

"It sends a thunderous message: listen up or there'll be serious consequences elsewhere. National cannot afford to ignore this outcome and that's why we expect there to be some dramatic progress up here and even from position of Opposition that is guaranteed.

"They made promises up here and now they're going to keep them," Mr Peters said.

Economic Development Minister Steven Joyce, who managed the National Party candidate Mark Osborne's campaign, said the Government would learn from the loss, including what it said about the aspirations of Northlanders.

"They're impatient with ensuring that we all take advantage of the opportunities we know are out there. So we will be more than happy to work with Mr Peters to meet some of the commitments he's made but also ourselves focusing on some of the things Northland needs to really lift itself up the rankings of regions around the country," Mr Joyce said.

National's losing candidate Mark Osborne said there were reasons for his defeat.

"I think it's probably a bit of a perfect storm. You know there's a by-election, first and foremost, and it sort of came out of left field.

"Secondly, you've got someone like Winston Peters who's got tremendous name recognition. You know we've got quite a democratic process so we were two or three weeks behind the eight ball in terms of getting a candidate and getting out there in front of people.

"And probably the third big factor is that, you know, Labour threw Willow-Jean under Winston's bus and they came in, pretty much from what I've seen tonight, totally on behind Winston, you know, down at five percent from 30 percent so 25 percent of the vote swung from Labour to Winston," Mr Osborne said.

Mr Peters agreed he got support from other parties, particularly Labour.

"In terms of campaign unity between parties this was an amazing election...A whole lot of parties were facing the same consequence of the need to get representation and could see there was only one way to get it. In that sense there was enormous unity."

But Mr Peters said while he got votes from supporters of other Opposition parties, he also obtained votes from National Party supporters.

He said at least 7,000 people who supported National at last year's general election switched to vote for him at the by-election.

While Mr Peters' victory in Northland does not affect government stability it will force National to water down its planned changes to the Resource Management Act.

The number of National MPs will drop to 59 and given only the ACT leader, David Seymour, supported the Government's proposed changes to sections six and seven of the RMA it no longer has a majority for that proposal.

It will now need to win the support of the United Future leader Peter Dunne or the Maori Party, or both, to make changes.

They support making some change to the law but have said the Government's proposal would undermine environmental safeguards.

Mr Peters said New Zealand First was not implacably opposed to changing the law but not at the expense of the environment.

"If indeed it is logical and sane what they're suggesting then we would see the sense in supporting that but we have yet to see that approach.

"What you cannot do in a modern society is fail to understand that sound environmentalism is sound economics and plunge the country into, greatly backwards where it's a dog-eat-dog, developer's paradise and an inhabitant's nightmare."

Meanwhile, Mr Peters said New Zealand First would consider whether he should resign as a list MP now that he had won Northland.

Under the rules of MMP if Mr Peters resigns the next available person on New Zealand First's party list would then come into Parliament to replace him. That would give the party one more MP than it had been entitled to under the party vote it won at last year's general election.

National loses an MP meaning its entitlement for the rest of this term is lower than the party vote it won in 2014.