In four weeks, Mark Osborne has gone from being virtually unknown to being a familiar face on the doorstep, on billboards and on main streets. 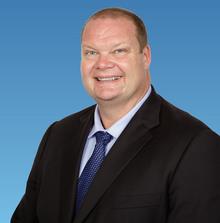 But the first-time candidate is polling poorly against the New Zealand First leader Winston Peters in what has been a safe National seat since its creation in 1996.

And he has been facing issues such as frustration over the lack of jobs and the dismal state of the roads still unrepaired after last winter's floods.

In Dargaville yesterday, Mr Osborne was warning voters that a win for Mr Peters could destabilise the government.

"Dropping to 59 seats makes things a lot harder to get through Parliament ... we'll need at least a couple of parties and that's where the challenge is - it becomes unstable." 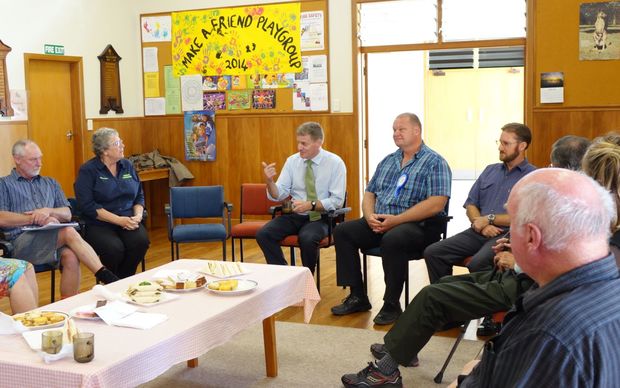 Mr Osborne and the deputy prime minister spent time talking to business and community leaders in the town.

Top of mind for them were the exodus of the town's young people; training courses that keep them on the dole and out of seasonal work; and government policies that have made it impossible to sit a driving test in many small towns.

Mr English told the Dargaville meeting the government was reviewing the effect on small towns of moving driver-testing to larger centres, and raising the test standard, because that had led to an increase in unlicensed young drivers and court action against them.

But he said Mr Osborne was better equipped than Winston Peters to sort such problems.

"A lot of that is about local relationship building; getting the various players in a town to work together, to understand each other's point of view, motivating a whole community.

"That takes a lot of work and quite a lot of personal skills and a lot of committment. I think most people would probably agree that Winston Peters for all his political skills probably doesn't have those skills."