United Future leader and government ally Peter Dunne says he suspects National will not agree to compromise on its plans to change the Resource Management Act (RMA) because it has a secret agenda. 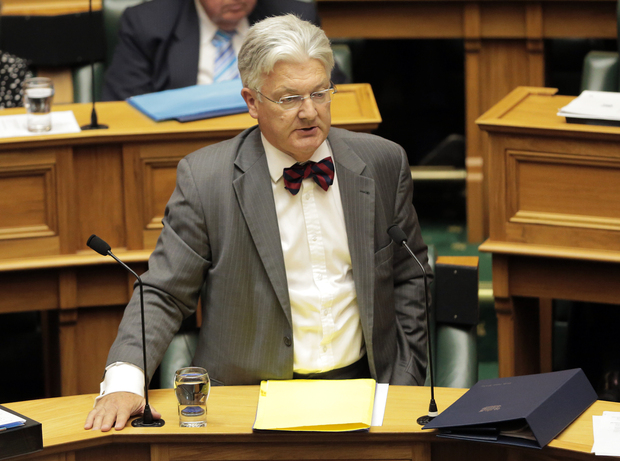 The Government failed to get support for RMA changes during its last term, so it was forced back to the drawing board.

It is drafting new plans now but this weekend's by-election in Northland may put yet another spanner in the works.

Environment Minister Nick Smith said officials were still working though the proposals and the bill had not been drafted yet.

He was not saying how the Government was going to get support for the proposals.

"Oh, I'm not going to talk about the engagements that we have with the Government support parties, except to say that we are committed to working with all of those parties, and trying to build as broad a support base for these significant changes as we can get."

If National wins Saturday's by-election, it will have the numbers it needs to pass the legislation, with ACT already keen to help out.

Mr Dunne said he and other parties were prepared to support changes to the law to make it easier for affordable homes to be built.

But the Government was not prepared to settle for a compromise if it could not get everything it wanted, he said.

"My suspicion is that this is a bit of a smokescreen for some other stuff. That while the process changes, the things that Parliament would agree to, would be helpful in the housing area, they may not be helpful in terms of their breadth with regard to some of the other things that might be on the agenda - things we don't know about."

Mr Dunne said he was still willing to talk but had not heard from the Government on that since January.

The Maori Party, however, met with Dr Smith on Tuesday.

Its co-leader Te Ururoa Flavell said it had invited Dr Smith to come to its caucus meeting and said while his party still had reservations, it would continue talking.

"He has certainly shown us that there is a willingness to consider the issues that we raised in front of him and to deal with those issues," he said.

"There will still be some coming and going on that but a listening ear to our concerns and also from our part a desire to try and find some way forward."

Mr Flavell was well aware of his party having more leverage if Mr Peters won on Saturday but he said it would continue work in the same way it did now.

"The minister has declared that he still wants to have sort of a majority and that means I suppose at least two, which might come from the Maori Party or otherwise to get him over the line and we're committed," he said.

"I am not too much fussed about what happens to Winston Peters or otherwise - at the end of the day we do right by our people and by our supporters, and if that means we come to some middle ground on some of those issues, we will take that opportunity."

Dr Smith was asked whether he could get Mr Peters to help out.

"Winston Peters is a difficult character to work with," he said, with a laugh.

"It's my view that if Winston wins the by-election in Northland, it will be more difficult for myself and the Government to make the sort of changes to the Resource Management Act that will benefit New Zealand, but we will just have to see what the voters decide on Saturday."

The outcome of the by-election should be clear by about 9pm on Saturday.