The defence minister is rejecting suggestions of similarities between the New Zealand and Canadian missions in Iraq, following the death of a Canadian soldier fired on by allied, Iraqi Kurdish forces. 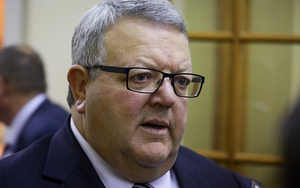 The soldier was helping train soldiers to fight Islamic State.

New Zealand will be sending 143 soldiers to Iraq in May, where they are expected to also train Iraqi troops.

But Defence Minister Gerry Brownlee said Canadians had a mandate to advise, assist and accompany Iraqi soldiers, potentially putting them in combat situations - and New Zealand did not.

"We don't intend having our trainers go off the Taji Airbase which is very clearly behind the wire."

Mr Brownlee did not deny there were still risks with the deployment.

The Kurdish soldiers opened fire on the Canadian soldiers as they returned to an observation post, killing Sergeant Andrew Joseph Doiron and seriously wounding three of his comrades.