Prime Minister John Key says Solid Energy remains in a very delicate position but the Government does not plan to bail it out. 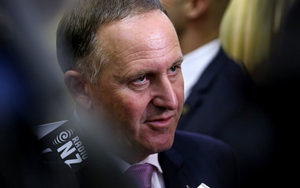 The troubled state-owned coal company announced last week it would delay the release of its half-year results because of its precarious financial situation.

Last year the company cut 185 staff and contractor jobs at Stockton Mine on the West Coast, a third of its workforce.

Mr Key said Solid Energy was involved in negotiations with the banks.

"They have a reasonable amount of private sector debt.

"And we've made it quite clear to the company and to the bankers involved that that debt is their responsibility."

Mr Key said he expected Solid Energy's financial difficulties could be resolved sooner rather than later, but is ruling out government help.

Mr Key said Solid Energy still has equity and cash in the bank.