Energy Minister Simon Bridges is keeping a close eye on petrol companies and the prices they charge motorists for fuel, he says. 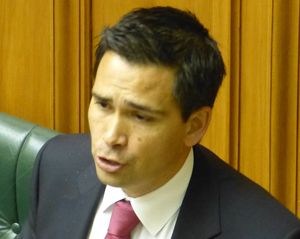 The minister wrote to the petrol companies late last year saying if they did not pass on lower costs to consumers more promptly in the future he would assessing his options.

One option could be to refer the companies to the Commerce Commission.

However, Mr Bridges said margins fell at about the same time he wrote to the companies and were now at acceptable levels.

"They know though, very clearly, they are on notice that I am watching and I do want to make sure that the big falls improve prices we've seen internationally and the benefits of that are passed on at the petrol pump to the consumer."

The Government now monitors the petrol companies' margins weekly, and Mr Bridges says that was because sunlight was the best form of disinfectant.

Petrol retailer Gull has welcomed closer government scrutiny of the industry, saying there are serious questions about margins and pricing.

Gull Petroleum general manager Dave Bodger said in towns where Gull did not operate, motorists paid a lot more for their fuel.

"For the last probably six months we've been seeing about a ten cent per litre difference, or an increase in price, in areas where we don't operate compared to with where we do operate."

Mr Bodger said that implied that people were making a very healthy margin outside of areas where Gull operated.

Z Energy said it had been disputing the Government's method of collecting the data since 2010.

It said the government was using inaccurate data that exaggerated petrol companies' margins.